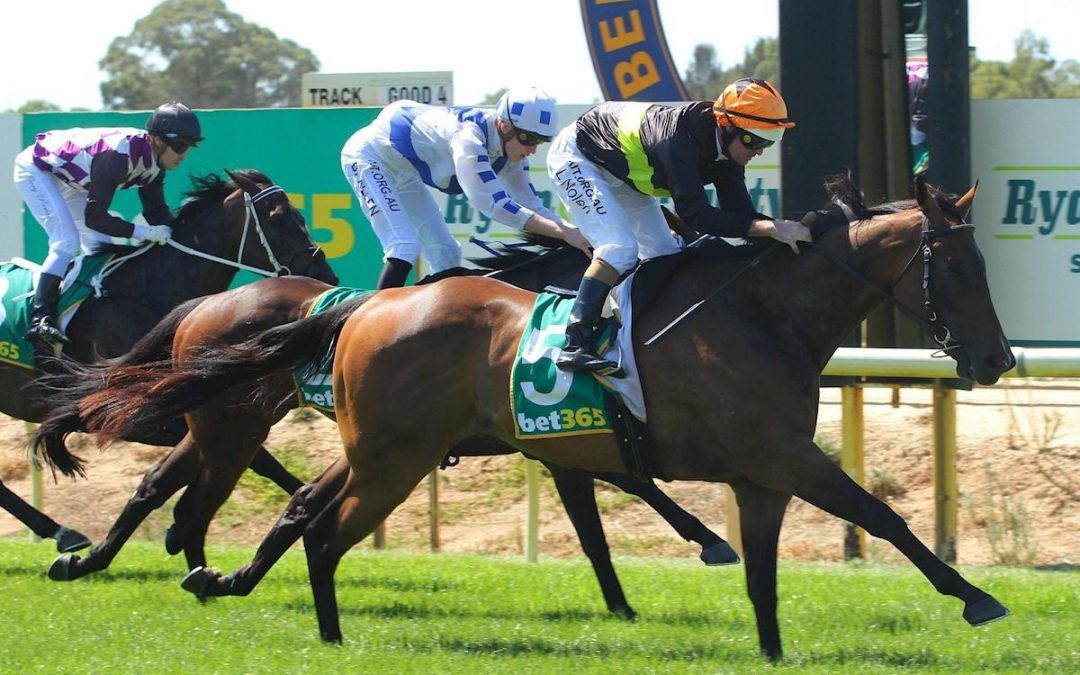 Aptly-named Whowoodathort posted an emotional win for his connections when he landed his maiden at Benalla on Sunday.

Trainer Vincent Malady said the victory was a fantastic reward for the owners who had stuck by the horse who nearly died before he even raced.

“He sustained a very bad hoof injury and it was touch and go whether he would make it, let alone ever race,” Vincent said.

“He spent two weeks getting intensive care at the Werribee Veterinary Hospital and Sunday’s win was just a great reward for the owners who stuck by him through a tough struggle.”

Vincent bought Whowoodathort at the 2017 Inglis VOBIS Gold Yearling Sale but the injury dashed hopes of the son of 2009 Blue Diamond Stakes winner Reward For Effort racing as a late two-year-old.

Despite a delayed start to his racing career, the four-year-old showed good promise last spring when he placed at his Swan Hill race debut in October before being spelled after finishing a creditable fourth at Hamilton.

“That preparation did him the world of good,” Vincent said.

“He was slowly away at both his runs last year but he has jumped much better from the gates at his two starts this campaign.”

First-up he finished second at Kilmore and on that strength of effort started even-money favourite in the Techwool Trading Maiden Plate (1212m) at Benalla.

Ridden by Luke Nolen, Whowoodathort enjoyed a good run midfield, six lengths off the pace and improved on the home turn to be three lengths closer.

One of the widest runners in the middle of the track, he unwound a strong home straight finish, hitting the front in the closing stages and scoring by nearly a length from Royal Monsson and Diabolical.

An impressive looking galloper, Whowoodathort is the third winner from Quest For Fame mare Gotta Dance and Vincent expects he will win more races.

“He’s only lightly raced but is doing a good job after having a rough start,” Vincent said.