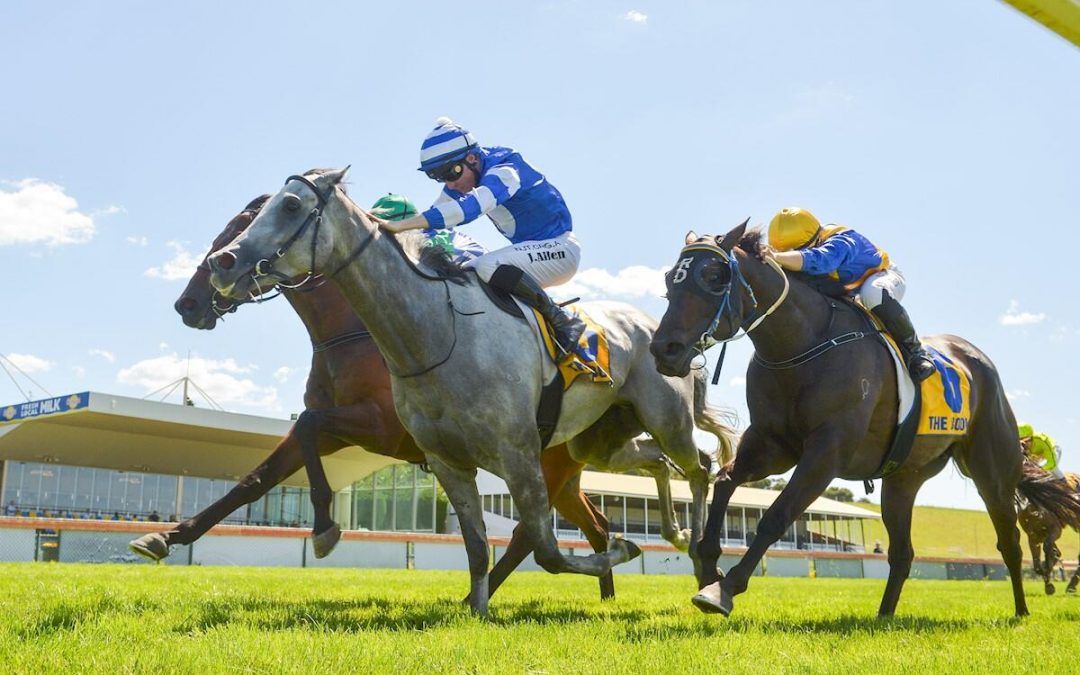 Six-year-old Valentine posted an overdue win when he scored his second career victory at Warrnambool on Thursday.

The grey hadn’t won since Wangaratta in November 2019 but had been very consistent weighing nine of his next 16 starts and placed three of his five lead-up runs this campaign.

“Pretty much every start he is not far away,” trainer Vincent Malady said.

“While he hasn’t been winning he has been consistent and earning a bit of prizemoney for the owners.”

Both of Valentine’s wins have been over 2000 metres.

“He was a bit fragile early on as we tried to get him fit for the longer races, but he’s a natural stayer,” Vincent said.

Having his first ride on Valentine, John Allen had the Dalakhani gelding prominently placed under a good hold in second place in the early stages and he moved up outside the leader at the 1000m.

While he over-raced and lost some ground when Minatory injected some pace into the race passing the 700 metres, he was quickly on the job four-wide approaching the home turn.

Entering the home straight, he went to the lead with Love in the City and held off the fast closing American in Paris to score on a photo finish.

Vincent said Valentine seemed to prefer firmer tracks with both his win on good tracks.

He has also placed another four times from 11 starts on dry ground while registering only four placings from 17 starts in the wet.

“Greys are noted for excelling in the wet but he might be an exception,” Vincent said.