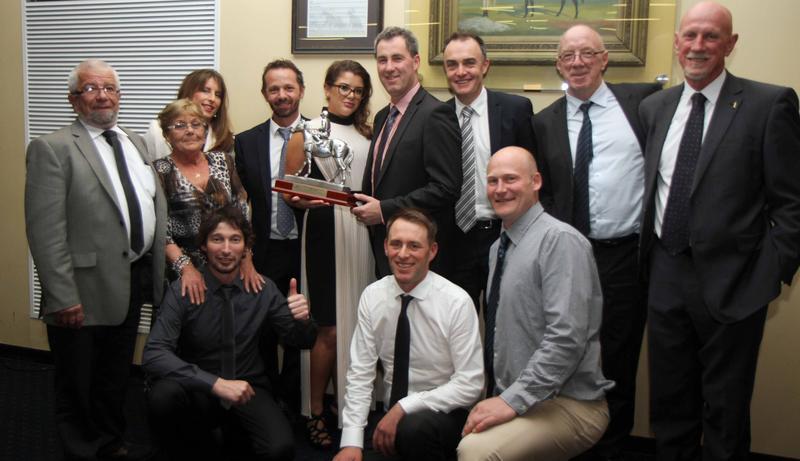 The luckless galloper was unable to score a clear victory on the track last season but his efforts did not go unnoticed by members of the Thoroughbred Club of Geelong and its Facebook community, and Geelong Racing Club members who all voted for the award.

“Who would have thought ‘Tigi’ would have saluted against all those good horses.” Simon said.

“It must have been all the place betters who voted for him.”

Tigidig Tigidig had a remarkable record for the season starting 10 times for a dead-heat for first at Geelong in May and eight second placings.

“It is very rare for a horse to run so many seconds in a season,” Vincent said.

“He really deserved more than a dead-heat for first but he never disappointed us with his efforts.

“It is a nice consolation for him to be named Geelong Most Popular Racehorse and a terrific acknowledgement of the horse who, while frustrating, has given his owners so much fun.”