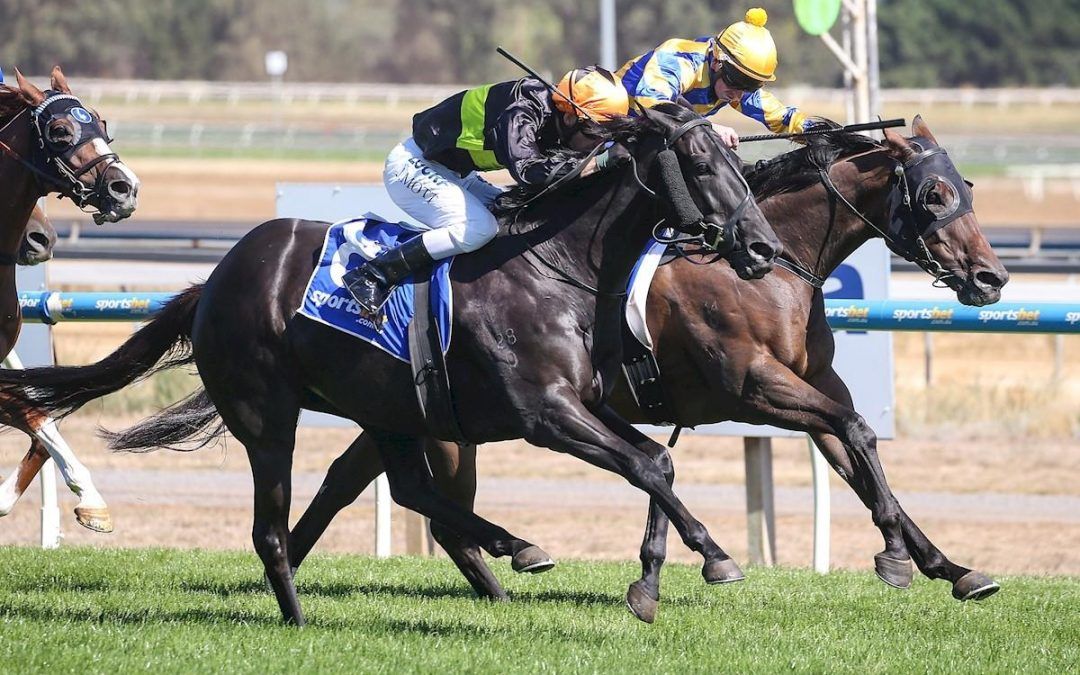 Jockey Jamie Mott today reunited with Tigidig Tigidig to give the popular galloper his first win more than a year at Ballarat.

Mott was pleased to be back on the seven-year-old who has always performed well for him with two wins and five seconds from seven rides.

“I dead-heated on him one day at Geelong so it was good to get another win on him,” Mott said.

Mott’s association with Tigidig Tigidig dates back more than three years when he finished second on him at Warrnambool in December 2014.

However, it wasn’t until December last year that Mott rode him again, finishing second at Wangaratta.

“Jamie really suits the horse and has ridden him very well every time,” Vincent said.

He said Mott’s understanding of the galloper and the addition of winkers at Ballarat had paid dividends.

“He needed to find a couple of lengths and the winkers really helped him,” Vincent said.

After a last start two-length fourth in a BM78 race at Colac, Tigidig Tigidig was the second outsider at $12 in the Sportsbets Power Play BM70 Hcp (1200m) at Ballarat but was always in a good position.

Settling fourth, he enjoyed a good trail two wide just off the pace, although Mott feared that he under too much pressure on the home turn.

“He came off the bridle a little earlier than I would have liked and getting into the home straight I thought I was in a bit of trouble,” Mott said.

“I wasn’t that confident, but he was in for the fight.”

Having his 40th career start, Tigidig Tigidig landed his sixth win, getting home a by a head over Arctic Song and Mandalay Bay.

His career earnings now stand at $165,950 but his tally would have been substantially higher had he been able to convert some of 14 second placings into victories. He has also finished third three times.