The Mood I’m In storms to ‘Bool victory 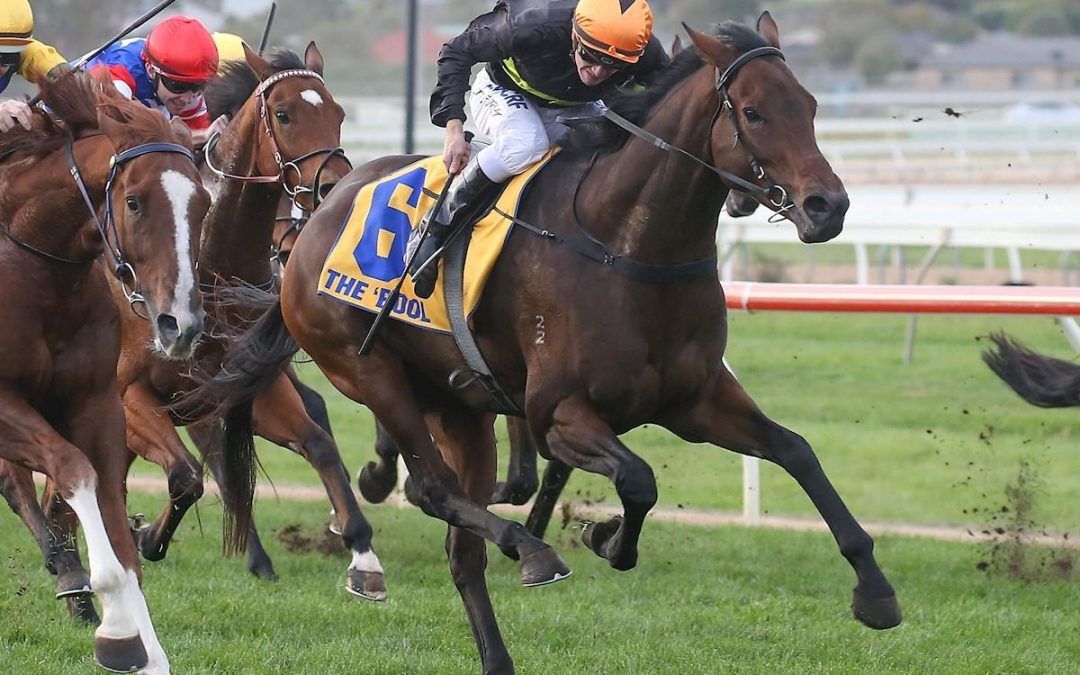 That was how race caller Ric McIntosh described the betting drift of The Mood I’m In after the gelding stormed down the middle of the track to win the last race on the second day of the Warrnambool May carnival.

After opening at $8.50, the five-year-old officially started at $17 with punters dismissing the misfortune he had suffered three weeks earlier at Sandown where he got too far back and finished seventh.

Jockey Jarrod Fry, who was on his first day back from suspension, knew that the step up from 1200m to 1400m was going to suit the son of O’lonhro at Warrnambool and rode a confident race.

At the 200m he has still had nine horses in front of him but with his trademark finish charged through the field reaching the lead in the dying stages to score a three-quarter length win over the two favourites Lord Tennyson ($6) and Think Babe ($2.60).

“He was bit slow out (over 1200m) at Sandown and took a while to wind up but he really relished the trip today,” said Fry who has ridden The Mood I’m In at his last four starts for three wins.

Trainer Vincent Malady targeted Wednesday’s Warrnambool Hyundai BM70 Hcp with the gelding who was having his first try at 1400m.

“It is a special win for Howard (Simpson) who bred the horse and owns him with some friends,” Vincent said.

“He was really keen to run him here and we kept him to the shorter races to have him right for today.”

The Mood I’m In has now won four of his seven starts, with his first three successes over 1100m and twice over 1200m, but Vincent is convinced he will be a better suited over even more ground.

“He’s a horse who has had few issues in his life but if we look after him he will stretch out further,” Vincent said.