Surfside ready for wave of success 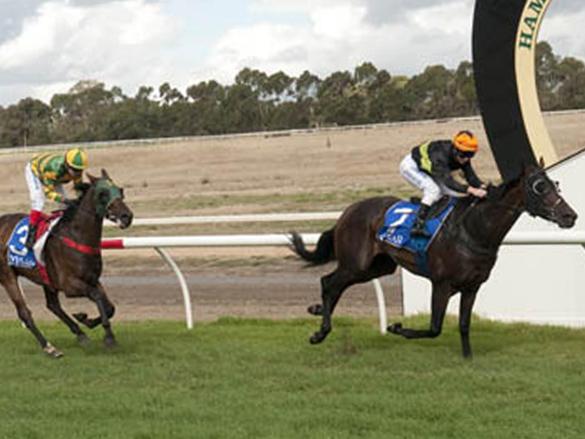 PROMISING four-year-old Surfside has gone to the paddock after exceeding expectations this campaign.

The former Sydney galloper won two of his four starts at Hamilton and Ararat with his new stable before being spelled after a close fifth over 2000 metres at Geelong on May 5.

“He’s only lightly raced and next preparation should improve,” Vin said.

A natural on-pace runner, Surfside’s wins have been over 1600m metres, landing his maiden by 1-1/4 lengths leading all the way at Hamilton on April 14 and getting home in a photo finish at Ararat in a 0-62 Handicap on April 28.

Those efforts were a marked improvement on his stable debut when beaten six lengths at Warrnambool.

Surfside’s only two starts in New South Wales, were a seventh at Kembla Grange at his race debut and close fourth at Newcastle on February 21.

“He’s done a good job because mentally he probably needed a break when we got him,” Vin said.

Last start Surfside battled on well after leading at Geelong at his first test over 2000 metres when jumping to 0-72 class.

“It was a good run and we are really looking forward to what he can do next preparation,” Vin said.