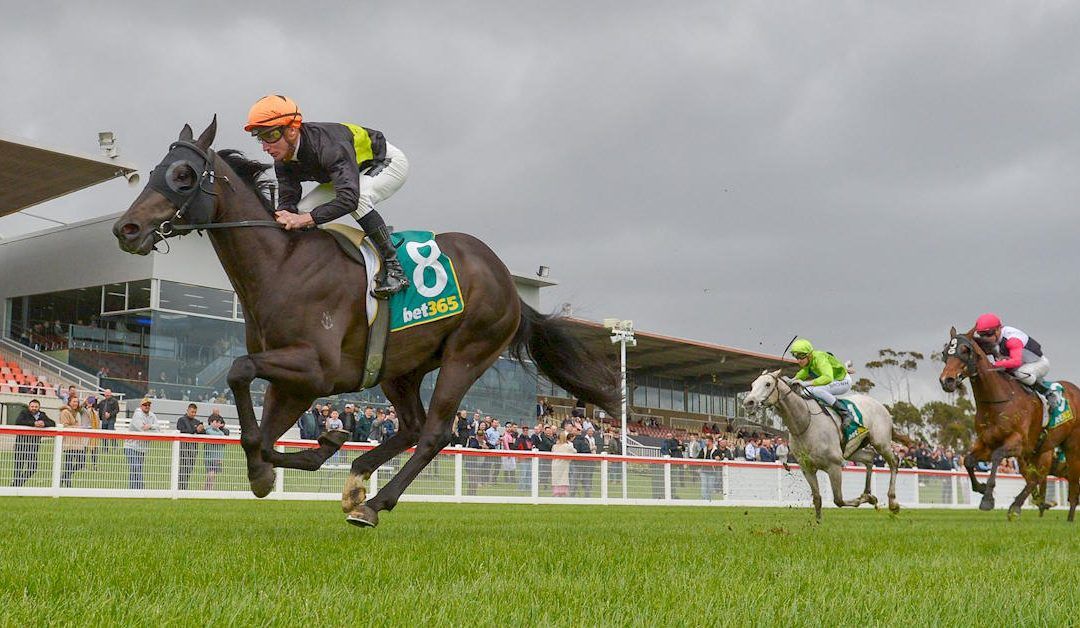 Well-bred four-year-old Star Finder relished the heavy conditions when he raced clear for an easy win at Geelong on Saturday.

The son of Zoustar posted his second career victory when he led all the way in the Landmark Ballarat & Ballan-58 (1218m) with trainer Vincent Malady attributing blinkers to the gelding’s improved form.

He said the combination of blinkers, a shorter race distance and the wet track were a winning formula.

It was the second time Star Finder had raced in blinkers after he sat on the pace over 1312m and faded to finish fifth, just over two lengths from the winner at Echuca two weeks ago.

“He got a bit tired late at Echuca but he’s travelling a lot better in his races now and is more interested with the blinkers on,” Vincent said.

A $200,000 Gold Coast Magic Millions yearling, he joined the Malady stable several months ago after winning a maiden at Ararat in December last year.

Star Finder placed in his first two starts for the Malady stable but then his form tapered off.

“He was just going through the motions before we put blinkers on him,” Vincent said.

The Geelong success is Star Finder’s second win in 13 starts and pushed his career earnings to nearly $60,000.

Ridden by Daniel Stackhouse, he was heavily backed from $3.50 to $2.50 favourite, and controlled the race in front, surging clear in the final 200 metres to win untouched by 3-1/4 lengths from Ultimate Shock and Smash the Gong.

“He’s a lovely horse and hopefully he can keep improving for his large group of owners,” Vincent said.