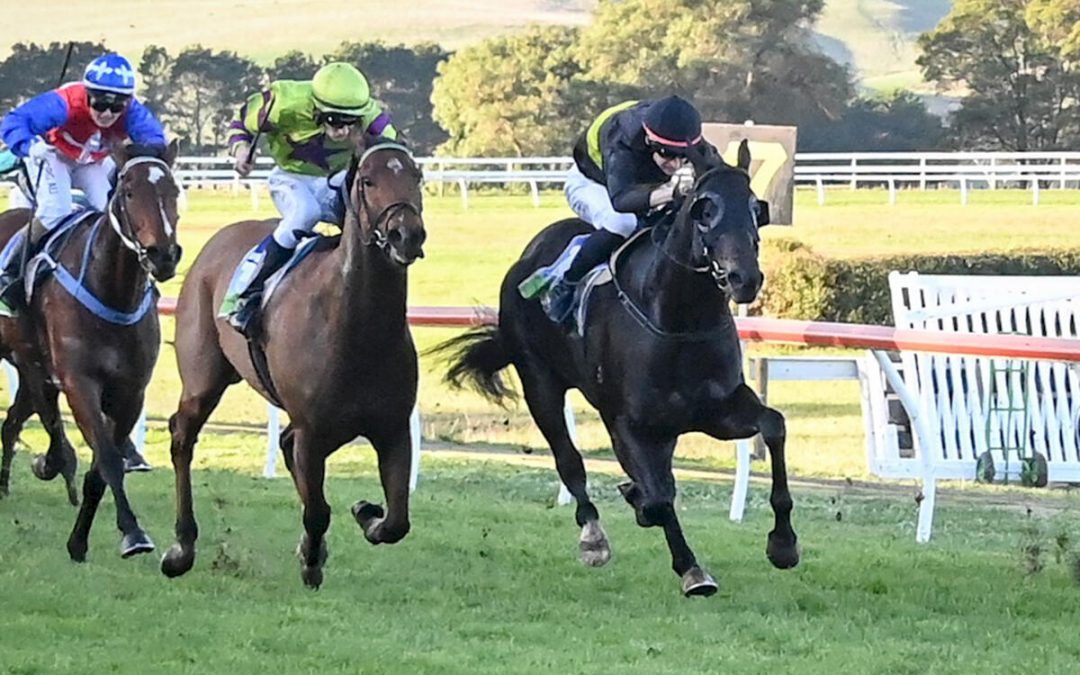 Star Finder reached a career milestone when scored at Casterton on Sunday.

Relishing the soft track conditions, Star Finder began well and shared the lead with outsider Who Shot Who before beating off that horse early in the home straight.

However, passing the 200 metres, Star Finder appeared in trouble when favourite Benovsky ($4) and Grassmere Miss ($4.80) challenged on the inside and headed him by nearly a length.

Just as Star Finder’s supporters were about to tear up their tickets, the gelding rallied under jockey Will Gordon’s vigorous riding to regain the lead and hold off a late charge from Canny Move ($8.50) to score by a neck.

“The plan was to be positive from barrier one as sometimes he can be a bit tardy which was of some concern from that gate,” trainer Vincent Malady said.

“When he jumped so well and Will had him travelling on the pace I knew he would be hard to beat.

“He is a real winter horse and with the track rated a soft 6 he stretched out really well in the going and ran out the 1200 metres very strongly.

“It wasn’t a big margin at the finish but it was a brave win.”

Star Finder spelled late spring and over summer and was having fourth run this campaign at Casterton.

“He was a bit disappointing when fifth at Edenhope last start but we were always hopeful he would do better at Casterton,” Vincent said,

“He’s been a good horse for the owners and to see him pass $100,000 is terrific for everyone involved.”

“He was consistent last winter and he’s a more seasoned horse now which is augurs well for this campaign.”