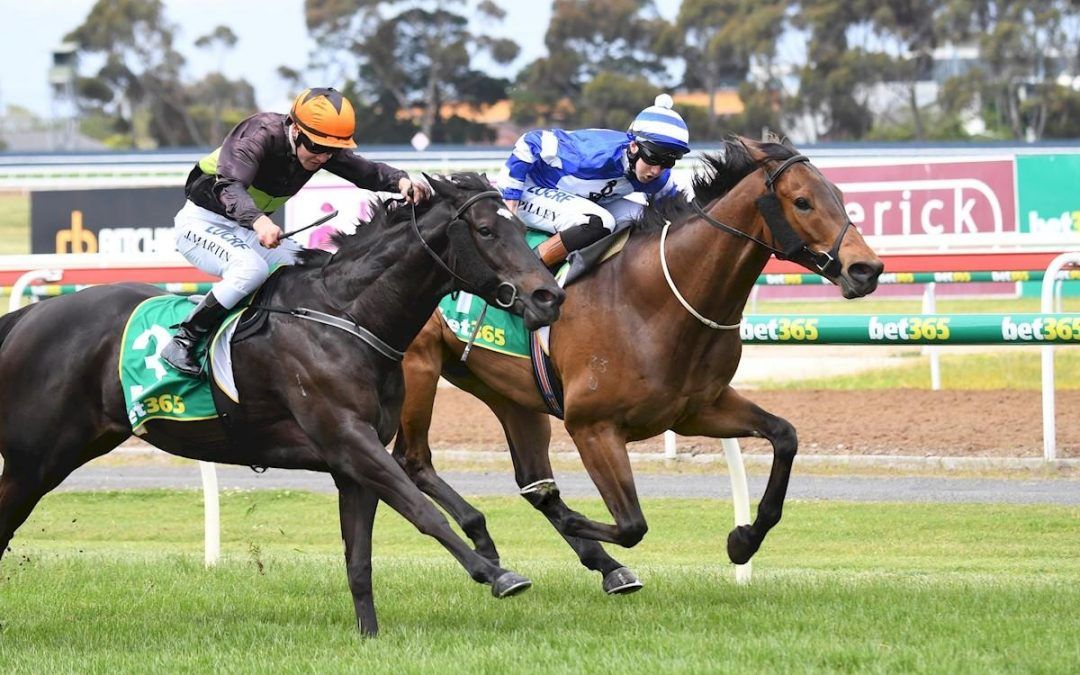 Trainer Vincent Malady had mixed emotions when Surge Ahead edged out stablemate Black Ziggy in a thrilling finish at Geelong on Sunday.

While six-year-old Surge Ahead was a deserving winner, it was Black Ziggy’s seventh consecutive second placing.

Vincent said five-year-old mare Black Ziggy was often the victim of high pressure in her races and she again had to contend with a hot speed up front which help make the race for Surge Ahead in the Rex Gorell Family Group BM58 Hcp (1112m).

“It was a bit of surprise to see Surge Ahead beat Black Ziggy over 1100 metres as he is a 1600-mtre horse,” Vincent admitted.

Surge Ahead ($5) as expected sat back about six lengths off the pace but edged closer from the 600 metres when Black Ziggy railed through to a narrow lead.

At the 200 metres, Black Ziggy finally beat off Cheap Tycoon but Surge Ahead finished strongly on her inside, hitting the front only a couple of strides from the post to inflict the mare’s third photo finish defeat in a row.

It was the second win for Surge Ahead since he joined the stable last year, his other win coming after he was awarded a race at Flemington on New Year’s Day following the disqualification of the horse which was first past the post.

First up at Geelong since May, Surge Ahead shouldered 60.5kg after a 2kg claim and was the first Australian winner for English apprentice Paddy Pilley who is in Australia on loan for three-months with Nigel Blackiston.

The 19-year-old has ridden 33 winners from 400 rides in the UK and Surge Ahead responded well his hard riding from the 600 metres.

Vincent said that being an older horse, Surge Ahead does most of his training at the beach.

“He’s has performed for a long time on city tracks so the aim is to get him back up to a mile for the night meetings at Moonee Valley.”

As for Black Ziggy, she has now emulated stablemate Tigidig Tigidig who also had a rare run of seven consecutive seconds before his dead-heat for first at Geelong in May last year.

“She is only a small mare but she tries really hard and has been unlucky not to jag a win,” Vincent said.

On Sunday, she was second up and a similar race will be picked out for her on the hope she can go one better.