“Rudy” goes back to back at Geelong 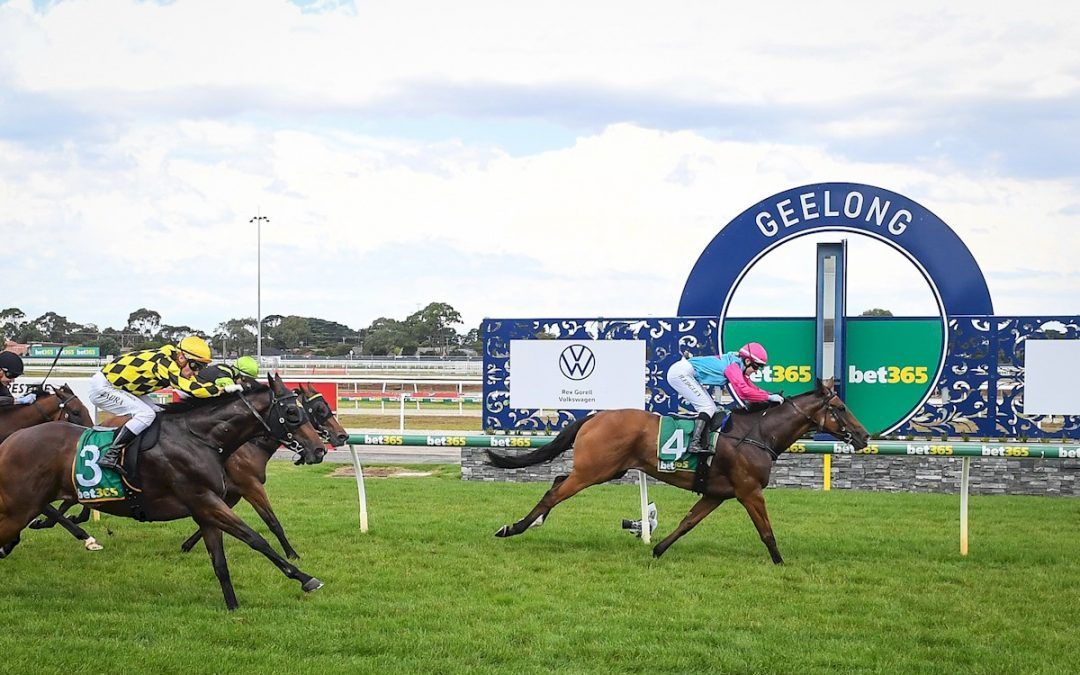 Rudy Rude added a new dimension not his arsenal when he led all the way to post consecutive wins at Geelong on Friday.

Talented apprentice Hannah Edgley seized the opportunity to lead on the noted backmarker which paid off in the Oz Equipment Rentals BM58 Hcp (1547m).

Trainer Vincent Malady said he was concerned that the race tempo would work against the Zoffany gelding but Hannah rode a “brilliant” race.

“He (Rudy Rude) will pull a lot in the run if there is not much tempo so it was a really good ride by Hannah just to let him amble across to the lead and get such a cheap run up front,” Vincent said.

Hannah said Rudy Rude travelled well throughout and coming to the home turn she knew he would have plenty to offer in the straight.

“He was really strong at the top of the straight and I had so much so much underneath me,” Hannah said.

Remarkably at his previous start, Rudy Rude stormed home from 10 lengths off the lead to score at Geelong on Boxing Day and he scored in a similar fashion at his other win at Hamilton in March 2020.

Hannah was having her first ride for the Malady stable and has impressed since kicking off her career as an apprentice in October last year with 21 winners and a strike rate of 19 per cent.

“It’s really nice to keep the ball rolling and get so many opportunities,” Hannah said.

Apprenticed at Wangaratta to Ben Brisbourne, 20-year-old Hannah doesn’t come from a racing family and had five years’ experience as a track rider before becoming an apprentice.

Vincent said patience had been the key with Rudy Rude, and his owners were now getting the success on the track with the gelding.

“A horse like him can quickly fall by the wayside if you push them too early but the owners were prepared to give him the time he needed and now he has put a couple of wins together which is great for them,” Vincent said.