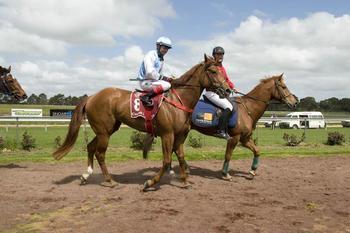 MANHATTAN Blonde rewarded the patience of her connections when four months into her campaign she notched her second career win scoring at Warracknabeal on September 8.

Ridden by Linda Meech, the four-year-old was given the run of the race in third place and got home by a half length over Zirconi Aspen in the Barry McQueen Memorial 0 – 58 Hcp (1200m).

Manhattan Blonde had flagged the win at her previous start when she raced wide and was a half-length third to Armani Black and Chosen Son at Geelong August 20.

“She might not be over blessed with ability but she tries hard and hopefully she can take the next step,” Vin said.

A daughter of Barely A Moment, Manhattan Blonde won her maiden at Hamilton over 1400 metres in October last year.

She has raced 14 times and the Warracknabeal win was her sixth start this campaign which started with an unplaced run at Geelong on May 17.