Owner massages win out of Dan 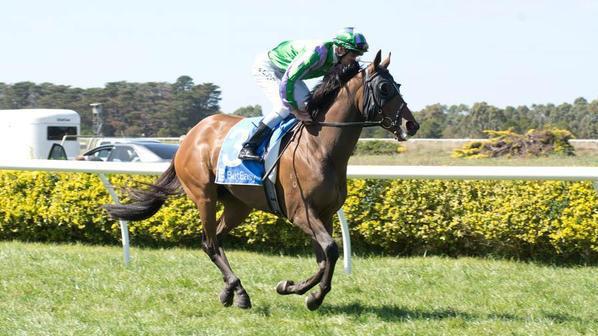 WHEN it comes to hands-on owners, it is hard to beat Ramon More.

A long-time supporter of the stable, Ramon owns Bluegrass Dan who won at Terang on Sunday with much of the credit going to his devoted owner who massages the gelding every morning after track work.

Trainer Vincent Malady said Bluegrass Dan suffers “a few niggles” that have occasionally interrupted his campaign, but he had responded well to Ramon’s therapeutic touch.

“Every morning after track work Ramon turns up and gives the horse a massage for half an hour,” Vincent said.

“It certainly seems to help and at Terang everything fell in to place.”

Jamie Mott rode Bluegrass Dan in the Todds Photographics Hcp (1206) and had him well placed throughout the six-horse event.

The son of Blevic was under a good hold to the turn in fourth place and straightening up quickened nicely, taking the lead at the 150 metres and drawing clear for a strong 1-3/4 length win over King’s Spirit with a good gap to third-placed Tortured.

“We gave him a good chance when Jamie stuck with the horse after he had finished third on him at his previous start at Warrnambool.”

Bluegrass Dan was the third leg of a winning Terang treble in successive races for Mott.

He is a brother of his highly talented stablemate and impressive debut winner Appalachian Annie and the ill-fated Music At The Marsh, who was also a winner.

“We are now hoping he can hold that winning form and we might even put him over a bit more ground next start if we can find a suitable 1300-metre race,” Vincent said.