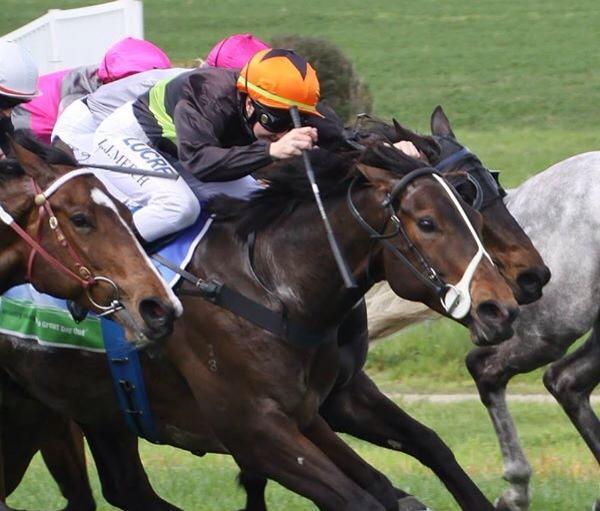 SIX-year-old Nowhere Man was finally rewarded for his consistency but his Casterton maiden win came at price.

The son of Mookta appeared as if he was going to have to settle for another minor placing in Sunday's Hygain Maiden Plate (1200m), but he raised an extra effort in the dying stages, lunging to score in a blanket finished with a long neck separating the first four runners.

However, in his desperate bid to win, Nowhere Man suffered a bleeding attack and was handed a mandatory three-month ban.

"It was a very good effort to win under the circumstances," trainer Vincent Malady said.

Winning jockey Linda Meech also had mixed fortunes when suspended for seven meetings for careless riding near the 1000 metres.

The win was particularly satisfying for Nowhere Man's breeder Samantha Jeffreys, who is Vincent's assistant trainer.

Nowhere Man is the last foal from the winning Zephyr Khan mare Khabony.

Khabony was gifted to Sam and Nowhere Man, born in 2008, was her last foal. Her other foal to race, Zampezz, has won three races.

"They are all people who give us a bit of a hand so it was really good the horse could win for them," Vincent said.

"He's had a few issues and has taken a while to get to the races, but has always run well."

Nowhere Man has placed at five of his nine starts, including three seconds.

"He should have won a race before now and it is very disappointing for everyone that he has bled when going so well," Vincent said.

"He pulled up quickly after the line at Casterton, but he is all right, and he will now have three or four months off before we give him another go."