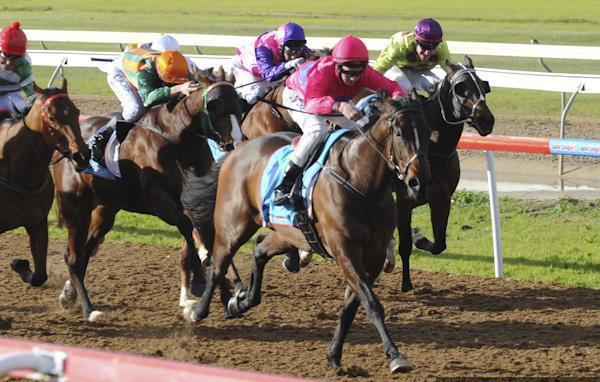 Shouldering 58kg after the allowance, Providence gave Thornton his 12th win for the season when charged away to win in impressive fashion the Southern Bay Brewery Co BM64 Handicap (1300m) on the synthetic track.

"Boris has been riding Providence a bit of work for us and it was good to see him win on the horse." said trainer Vincent Malady.

"It was his fourth ride for the stable and his first winner and hopefully we can have more success with him down the track."

Providence has now five races and three of them have been on the synthetic, two of them in the last 11 weeks.

Vincent said the God's Own gelding had benefited from a seven-week freshen up after he pulled up with "a couple of small issues" following his last run at Geelong on May 30.

"He just needed a week or two down at the beach and he showed us he was on track again when he won a jump out at Geelong last Wednesday week," Vincent said.

Thornton was having his first race ride on Providence ($9) and he had him travelling well three wide on the pace to the turn before urging him to the lead near the 200 metres.