Laughs all round after Valentine’s winning comeback 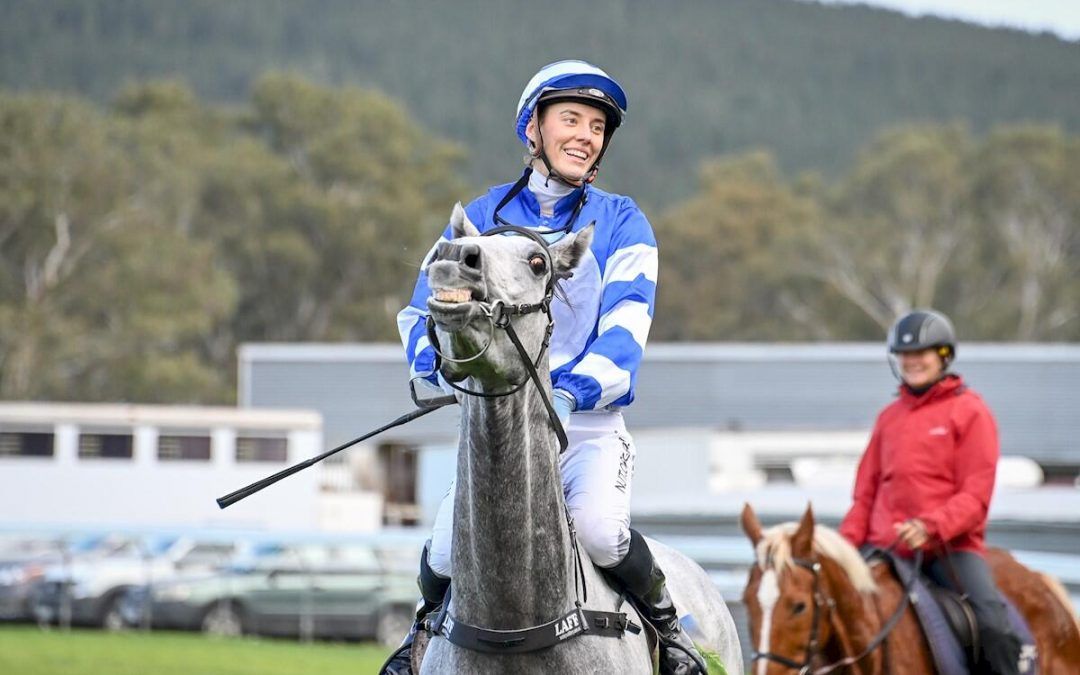 Consistent stayer Valentine bounced back to winning form at Casterton after an injury derailed his campaign nearly two months ago.

Trainer Vincent Malady said the grey developed an eye ulcer after finishing second at Colac in mid-March which effectively put the brakes on his preparation.

“We couldn’t do any work with him for a week, and it really set him back,” Vincent said.

“He was in a fair bit of discomfort, and it took a while for the ulcer to heal up.”

Valentine resumed form his enforced let up with a disappointing unplaced finish over 1800 metres at Horsham on May 1 but showed the benefit of that run at Casterton.

Patiently ridden by apprentice Laura Lafferty the six-year-old was caught wide early in the Bet365 0-58 Hcp (2000m), but mid-race was able to get into a good rhythm and followed the fancied leader Double Delight.

Rounding the home turn, Valentine ($9.50) took a narrow lead and broke clear near the 150 metres for a strong win.

His official winning margin was length over Four Outlaws ($6) with Emil ($4.60) another 1-3/4 lengths away in third place.

“It was good to see him bounce back like that,” Vincent said.

“He stretched out really well to the line at the end of 2000 metres which is a distance he clearly loves.”

Valentine has had 11 starts at the trip for three wins, three seconds and three thirds. Only once has he finished further back than fifth.

“He prefers firm tracks and while it was a soft 7 at Casterton, they were not chopping it up – it was just a nice track with the sting out of it.”

Valentine kicked off his interrupted campaign in December last year and from his last nine starts has won twice, finished second three times and third once.