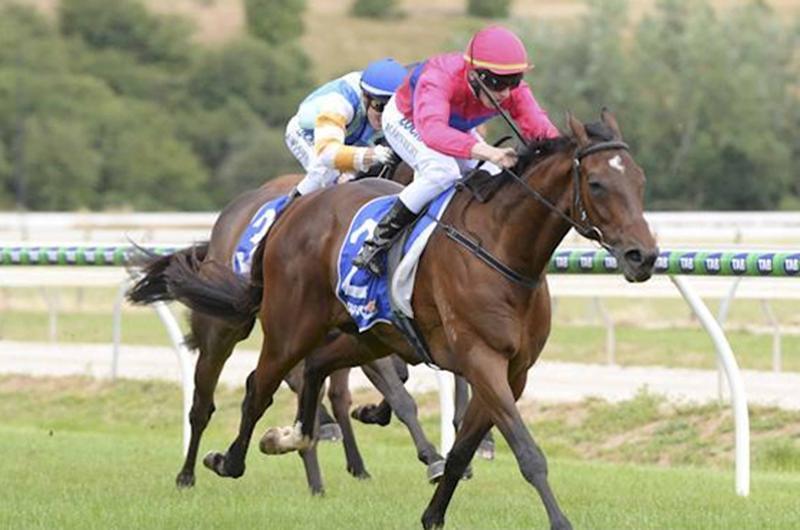 LIGHTLY raced gelding King Zero recaptured the promise he showed when he first joined the stable with an overdue maiden win at Kyneton.

Ridden by Geelong apprentice Josh Cartwright, the five-year-old son of Danzero gave his connections an early Christmas present when he ran home strongly from the back of the field to land the Sportsbet.com.au Maiden Plate (1469m) on December 23.

King Zero was second up after a forgettable winter campaign which comprised three “down-the-track" performances at Geelong, Ballarat and Donald.

“He showed us a quite a bit in his first campaign with us and we were pretty disappointed he didn’t come up at all last time in,” Vin Malady said.

“We didn’t waste too much time and sent him back to the paddock to have another crack this time around with a few things changed around.”

“He now does a lot of his work at the beach, he is much happier horse, and the results are starting to come.”

King Zero raced just once in New South Wales, finishing third at Newcastle before transferring to the Malady yard about a year ago.

He was luckless at his stable debut at Warrnambool in January but put together placings at Warrnambool, Terang and Colac before a break at the end of February.

This campaign bounced back from a dismal winter when he was beaten less than a length by Bobcat in a maiden at Geelong on December 8.

“He came on from that run and it worked out well for him at Kyneton with the strong pace,” Vin said.

King Zero scored by 1-3/4 lengths from My Friend Jack and She Makes My Day.

“It was just maiden but hopefully he can go on from here over a mile next start,” Vin said.