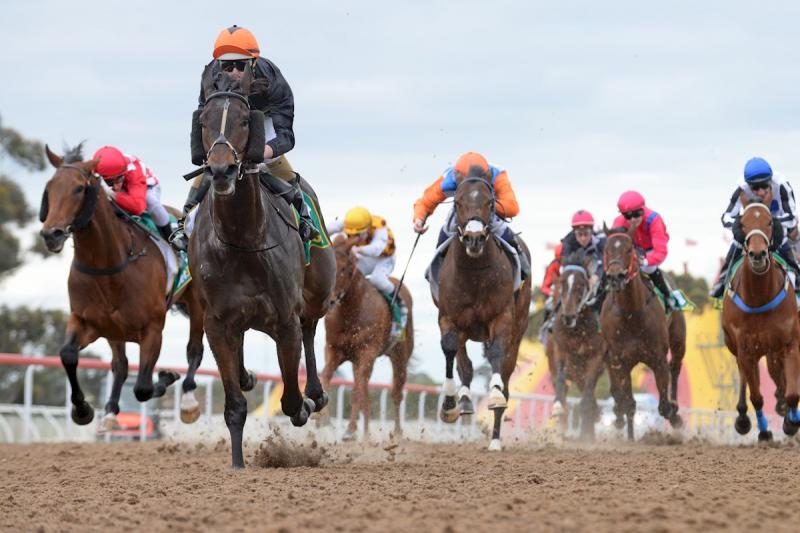 Four-year-old King of the Ark defied the strong stakes form-line of Lionhearted to post a shock victory at his Geelong race debut on Friday.

The Vincent Malady trained galloper wasn’t considered a serious threat at $14, but upstaged the Hayes-Dabernig trained Fastnet Rock colt who was first-up and stepping out of stakes class for the first time at his sixth start.

A dominant $1.55 favourite after finishing second in the Group Two Skyline Stakes in Sydney last autumn, Lionhearted was no match for King of the Ark who won the Wilson’s Real Estate Maiden Plate (1000m) in convincing fashion.

After settling in fourth place, King of the Ark was under a good hold as he improved to third on the home turn and showed terrific acceleration after taking the lead near the 200m, breaking two lengths clear at 150m.

Lionhearted ran on from near last in the 11-horse field but was never going to catch King of the Ark who extended his lead to 3-1/4 lengths on the line.

Bred by managing owner Howard Simpson, King of the Ark easily won a Geelong jump-out two weeks ago and had since improved with winkers added to race day gear on Tuesday.

“We knew he wasn’t going to be hopeless but you wouldn’t think you are going to beat a horse like Lionhearted at your first start,” Vincent said.

“To get a win over a quality horse like that is unexpected but also looks very good for the future.”

King of the Ark joined the stable only six weeks ago and Vincent was quick to pay tribute to his assistant trainer Samantha Jeffreys and stable-hand Carley Kingsbury for the extra hours they have put into managing the gelding’s niggling issues this preparation.

“Without the work they have put into him he would not have got to the races to perform like he did,” Vincent said.

“They have really worked hard on him.”

Vincent said he would be guided by how King of the Ark comes through the run before deciding whether to keep him going for another run or two runs this campaign.

“He is lightly framed and it would be nice for him to go out for some spring grass at some stage,” he said.