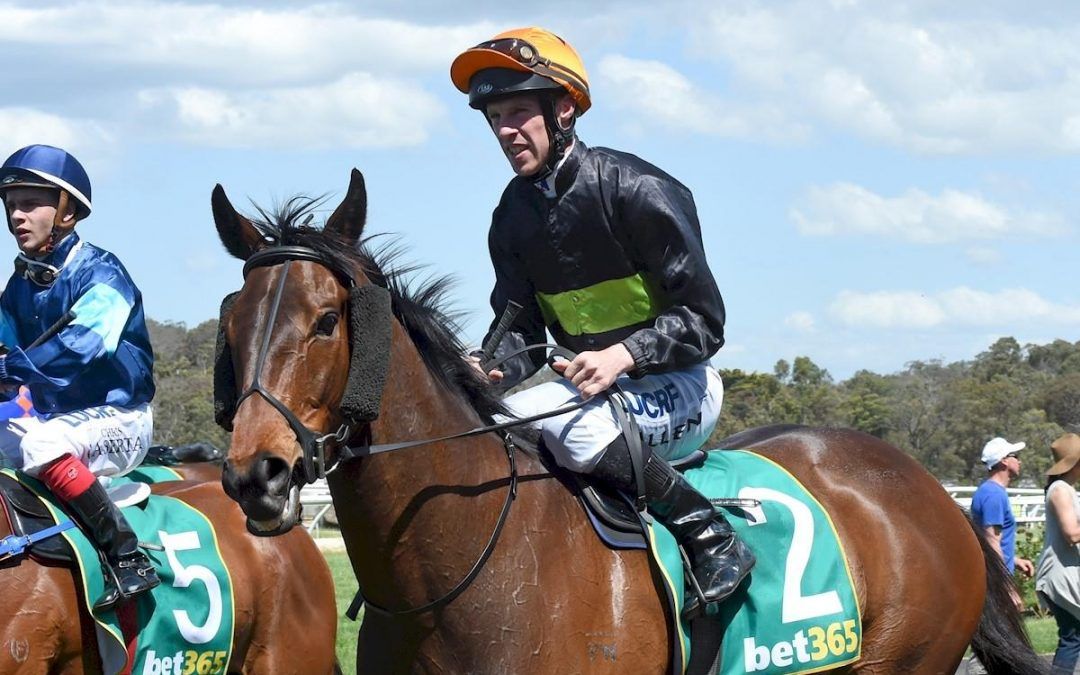 Jockey John Allen made up for a poor recent ride on Royal Enigma when he got the Casino Prince gelding home narrowly at Kilmore on Sunday.

Last start at Geelong, Allen was his own worst critic when the four-year-old finished a fading fifth after being posted four-wide wide and going hard into the breeze on the pace, but repaid connections in the bet365 BM58 Hcp (1107m).

“John was disappointed with his ride on the horse last start and was keen to stick with him at Kilmore to make amends,” trainer Vincent Malady said.

Carrying 61kg, Royal Enigma travelled well in fifth place, three-wide with cover, before improving to third at the 600 metres and taking the lead at the 200m.

He was a length in front at the 100 metres and held off a late challenge from She’ll Strykeya to score in a photo finish, with Tuscarora 1-1/2 lengths away third.

It was an overdue victor0y for Royal Enigma who has won two of his 12 starts and finished second on five occasions, twice beaten in photos.

“He’s had his hoof on the till for a while,” Vincent said.

“He’s always been thereabouts but just hasn’t been able to get over the line as many times as we would have liked.”

Seven starts ago he won his maiden by five lengths at Geelong in May and is now likely to head to the city for a BM64 class race at Moonee Valley under lights on November 18.

“The owners are keen to give him his chance in town so we will see how he measures up,” Vincent said.

Royal Enigma is raced in partnership by Paul Mills and his family as well as John Pritchard’s family.

Paul bought Royal Enigma for $13,000 as a yearling and he is the second foal from Decryption who is one of five winners from the Perth stakes winner Palace Talk.

“The horse still has a bit of improvement in him and I dare say he can lift his rating for better grade races,” Vincent said.