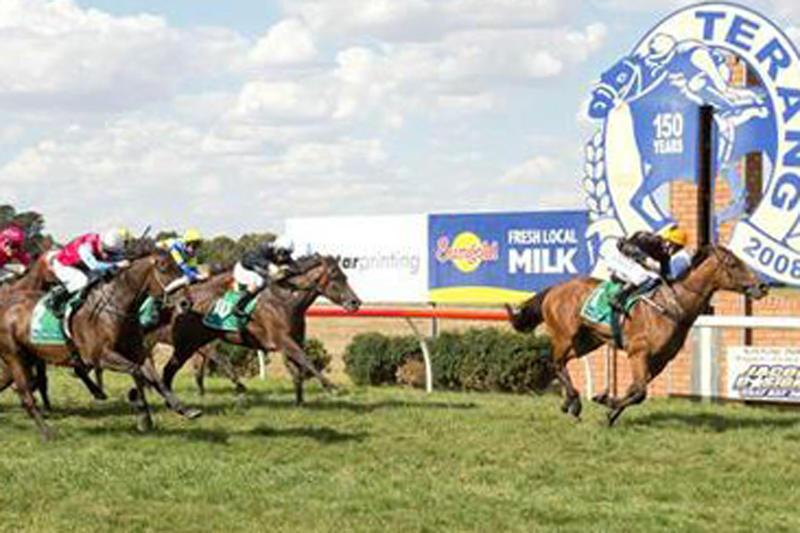 IMPROVING galloper Harold Bluetooth will have to step to a new level after he posted his third career win, leading all the way at Terang.

The five-year-old has been a revelation for the stable since he made a late start to his career at the start of his four-year-old season in August 2012 and is pleasing with the way he is racing through his grades.

At Terang, “Harry’s” jockey Linda Meech was decisive from the wide gate and perfectly rated him in front.

He had a neck lead approaching the home turn and straightened up a length ahead before dashing two lengths clear when Meech asked him for a finishing burst at the 200 metres. He scored by 1-1/4 lengths from Canna and Forgeress.

“Linda has been great and really knows the horse,” trainer Vincent Malady said.

“He is a horse who seems to enjoy having his races spaced and more often than not he makes his own luck.”

One of the stable favourites, Harold Bluetooth is part-owned by Vincent’s training assistant Sam Jeffreys and he has given her and her partners a lot of joy with three wins, a second and two thirds from his 12 starts.

This campaign has been his best with a close second in 0-64 class at Hamilton sandwiched in between his two recent wins.

“He is a progressive horse and we can only keep raising the bar and hoping he gets over it,” Vincent said.