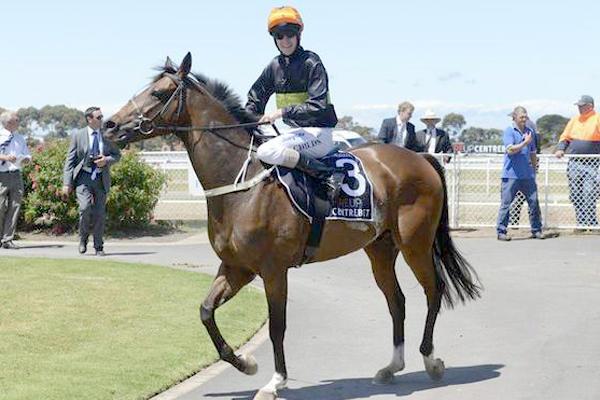 A GEAR change helped Holy Heart recapture his best form and romp home for an easy win at Murtoa on Saturday.

The six-year-old had been racing below his best this campaign, but trainer Vincent Malady made a winning move when he replaced winkers with blinkers on the gelding in the Tradelink BM70 Hcp (1200m).

Ridden by Josh Cartwright, Holy Heart settled fifth of the seven runners but was forced to race three-wide after easing off heels near the 800 metres.

Despite covering ground, he improved to third at the 600 metres and was under a good hold on the home turn to relief favourite punters who backed him from $2.80 to $2.40.

At the 200 metres, he charged up to the leader Our Protocol and when given a couple of slaps with the whip raced away over the last 100 metres to score by 4-3/4 lengths.

His last win was at Geelong in November 2012, which was part of a four-race winning sequence that included victories at Warracknabeal, Ararat and Horsham.

This campaign he had been competitive in his five runs, finishing just behind the placegetters each time.

"It was great to see him bounce back on Saturday," Vincent said.

"The blinkers have definitely improved him and he seems to have his old spark back."

Holy Heart has now won six races of 31 starts with Saturday's victory taking his stake earnings to just over $100,000.

Hopes are high that Holy Heart can hold his form in what is likely to be a race with more depth next start in a Benchmark 70 (1200m) event on Geelong Cup Day.