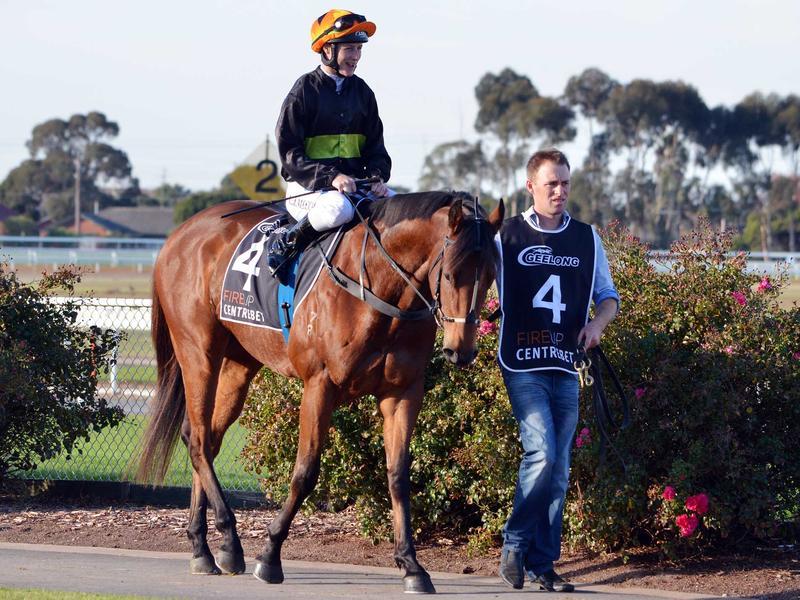 A HORSE with a “different” name, who looked destined never to race, has given the Vin Malady stable one of its most satisfying wins with a maiden victory at Geelong on May 10.

Bred by Drysdale businessman Lex Mortimer,  Harold Bluetooth suffered leg problems that threatened to end his racing career before it even started, but the stable’s decision to take a punt on the galloper is already starting to pay off.

“He had a few leg issues, but we thought we would give him ago in the hope he would come up,” Vin said.

Last spring Harold Bluetooth was well held at his first two starts before offering some hope to connections when beaten less than two lengths at Horsham in October.

After a good long spell his problems well truly and settled down and he trialled so well this time around that was backed from $10 to $5.50 and won first up the Elephant and Castle Maiden (1100m) at Geelong.

Harold Bluetooth jumped straight to the front and gave his backers no concern romping home by four lengths from Delightful Abode.

“He trialled up pretty well and this preparation he seems pretty sound,” Vin said.

“With time he has matured and hopefully he can win another race or two this preparation.”