Gelding “fry’s” them at Warrnambool 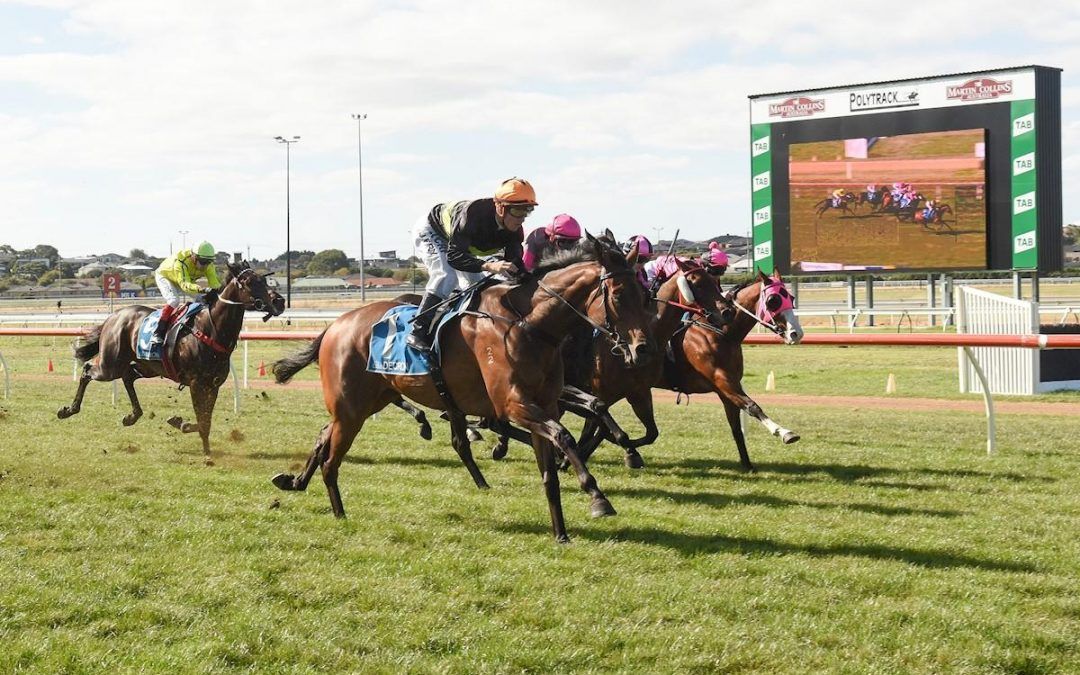 Lightly raced gelding The Mood I’m In is building an impressive strike rate after he stormed home to score at Warrnambool on Thursday.

The Vincent Malady-trained five-year-old posted his third in win only five starts and is unbeaten in two runs this campaign with jockey Jarrod Fry riding him each time.

After being about a length slow out of the gates in the seven-horse Pitstop Menswear BM64 (1200m), he settled back last, about four lengths off the lead but was always travelling well.

Fry was happy to track wide as he stalked the even-money favourite, Duecourse, and as the field fanned he presented The Mood I’m In six-wide into the straight, but only two lengths off the lead.

A slap with the whip passing the 200m reminded The Mood I’m In that the job wasn’t done and he swamped the leaders in the last 100 metres, easing up in the closing stages to score by nearly a length.

Duecourse, Iron Machine and Fill The Flute lined up for the minors with a neck covering the trio for 2nd, 3rdand 4threspectively.

“It was really pleasing him to see him take the next step and win like he had a bit in hand,” said Vincent.

“He carried a big weight again with 60.5kg and was giving the others between 1.5kg to 6.5kg which was encouraging.”

Fry said The Mood I’m In didn’t begin as well as he did at Ararat but with the moderate pace, he was able to track into the race at the right time.

“He definitely put them away quite easily and eased down on the line to win well.”