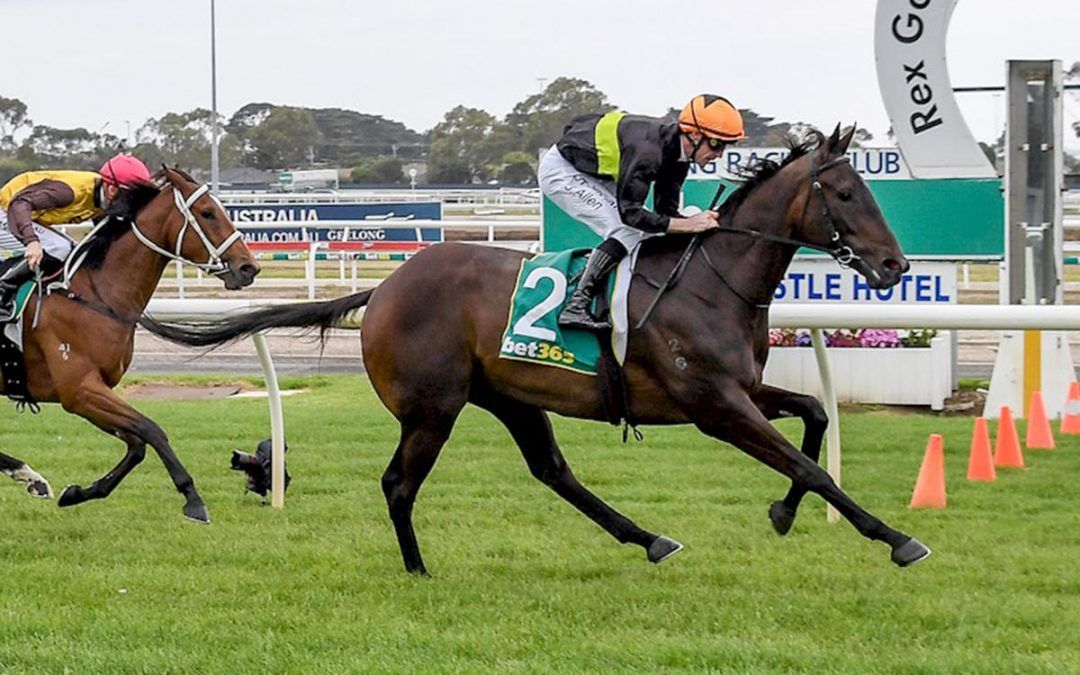 Three-year-old Inspired Sun looks to have a bright future after posting a soft win at Geelong on Friday.

John Allen has ridden Inspired Sun at both his starts and expects the gelding will get much better.

“I was pretty confident coming here today after he ran so well at his first start,” Allen said.

“He learned a lot from that run and still has more to learn.

“I’m sure he will win better races.”

Inspired Sun is a stablemate and half-brother to talented O’Lonhro gelding The Mood I’m In.

The Mood I’m In was a four-year-old when he scored the first of his four wins but an interrupted career has limited the seven-year-old to just 11 starts.

He is back in work after 12 months off the scene with hopes that he can win more races this year.

Trainer Vincent Malady said Inspired Sun was slowly evolving and he was pleased with how he drew clear under hands and heels riding after collaring Mister Monaro at the 100 metres.

“He is still not sure what it is all about yet, but he seemed to do it pretty easily after he hit the front,” Vincent said.

“I don’t get too excited, but I think he can his step up in class and eventually stretch out to 1600 metres.

“I like him, but he is going to need more time to find his level.”