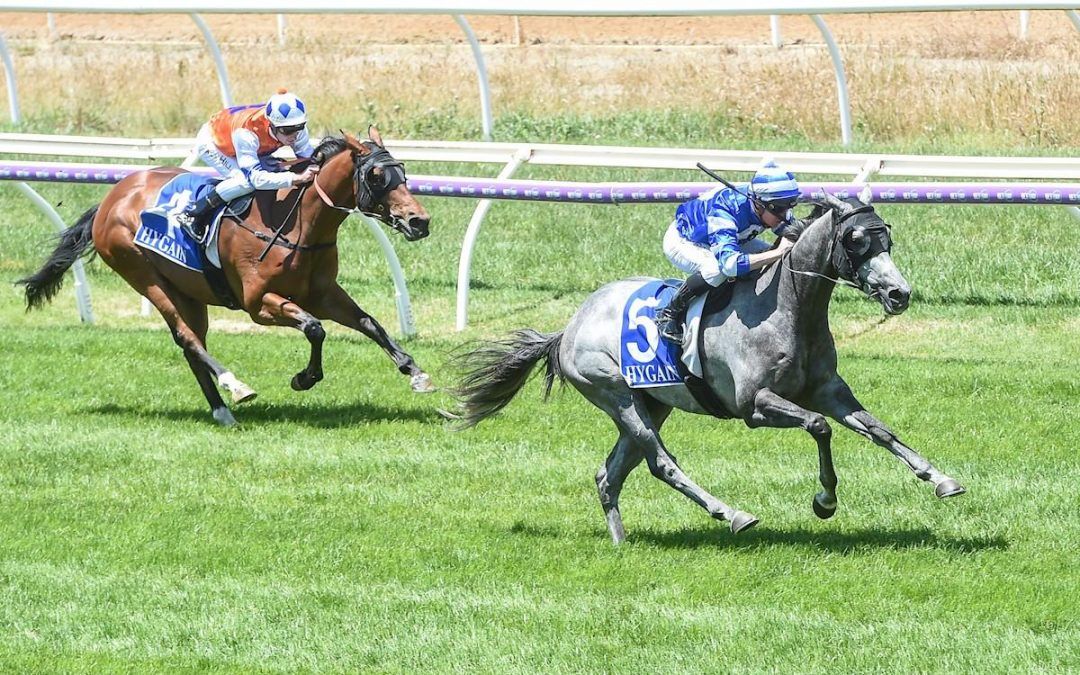 Former Sydney galloper Valentine has been a work in progress, but the rewards are slowly coming with the grey posting his maiden win at Wangaratta on Monday.

The Dalakhani five-year-old has always looked a nice stayer in the making but with his light constitution it has been challenging to get him up to a suitable distance.

“It has taken a long time to get him to a staying trip because of his constitution but his track rider Brock Bigham has been a big help and done a lot of work with him.”

Valentine raced three times in New South Wales before joining the Malady stable and kicking off his campaign in July this year.

He showed a glimpse of form when he finished second over 1600 metres at Coleraine at his fourth start for the stable, but it wasn’t until three starts ago that he got to a more suitable distance.

After finishing fifth over 1950m at Yarra Valley he relished the 2200 metres when beaten in a photo finish at Hamilton and enjoyed the genuine staying test in the Refridgetech Maiden Plate (2000m) at Wangaratta.

“He has been over-racing his last two starts which had worked against him but with a good tempo at Wangaratta he was able to travel softly on the bit and finish off strongly.”

Ridden by Daniel Stackhouse, Valentine ($3.50 fav.) settled fifth, three lengths off the lead, and enjoyed a good run to the turn where he got the luck he needed following Place Me Right ($4.60).

“Halfway through the race I thought Place Me Right was the horse to beat and he gave me a really good cart into it,” Stackhouse said.

After shouldering out three-wide into the clear, Valentine straightened up a length off the lead and hit the front approaching the 200 metres, quickly putting the race away, winning by impressive three lengths from perennial placegetter Place Me Right who was nearly six lengths ahead of third-placed Buchan Hoaks ($5)

“He (Valentine) is still learning but he’s going to get further and make a nice stayer,” Stackhouse said.