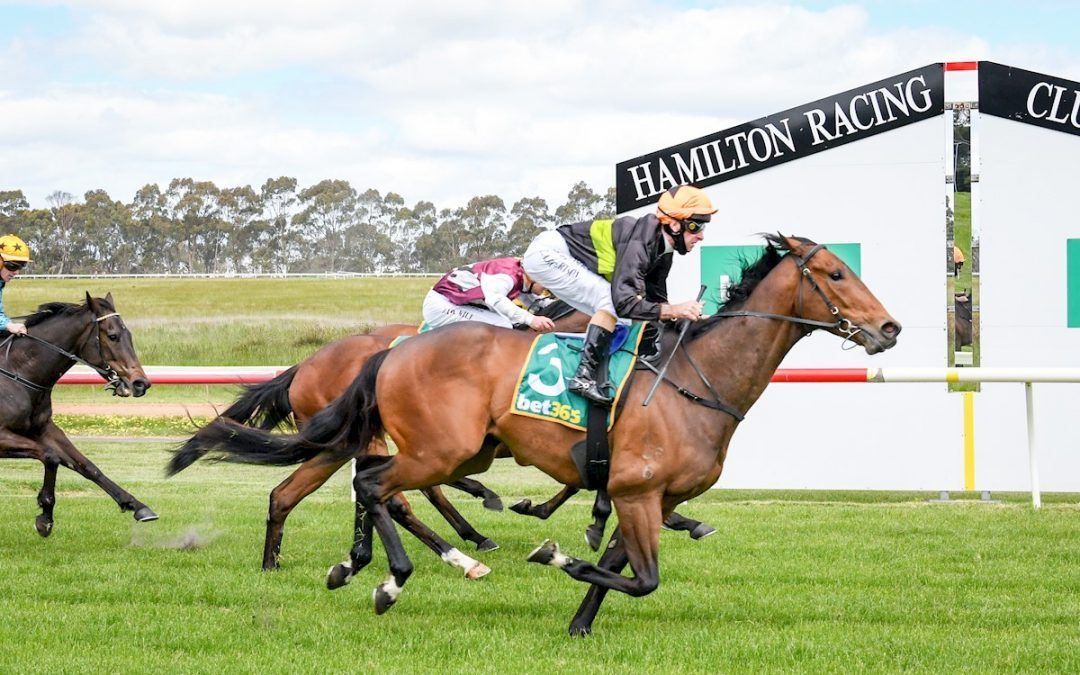 The Sebring five-year-old never looked a real threat in the run and was still five lengths off the lead passing the 200 metres but flew the last 50 metres to snatch an unlikely victory at $12 in the Fox Refrigeration Maiden Plate (1400m).

“I think the stable is going to have a lot of fun with him,” said jockey Craig Robertson after the half length win over Enuff He Said ($15) and $3.90 favourite Champagne Witness.

Craig said Fast Melody failed to muster speed at his Victorian debut last start when fifth, beaten nearly six lengths, at Murtoa 17 days ago but today rolled into the race nicely with his lengthy stride on the bigger Hamilton track.

“At Murtoa he felt like was going to get lapped in the early part of the 1200 metre race and he didn’t feel comfortable on the tight turning track,” Craig said.

He said he travelled much better today and lengthened beautifully when he went him for in the straight.

“He travelled nicely down the hill and into the corner and although he got off balance a couple of times in the home straight, he put them away pretty softly in the end,” Craig said.

Trainer Vincent Malady said Fast Melody was a big strong horse and it was encouraging to see him win so early in his campaign.

“Being a new horse to the stable we are still working him out, but I thought that tempo of the 1400m would suit him a bit better today as he got run off his legs at Murtoa,” Vincent said.

“Today I thought he could finish top three and to get the win is very pleasing for all the owners.”

Bred at Mudgee’s Gooree Park Stud, Fast Melody is a son of the stakes-winning mare Sweetest Melody and was an $80,000 Gold Coast Yearling.

He started his racing career with the Waterhouse and Bott stable and placed at five of his 10 starts in New South Wales before transferring to the Malady stable this year.