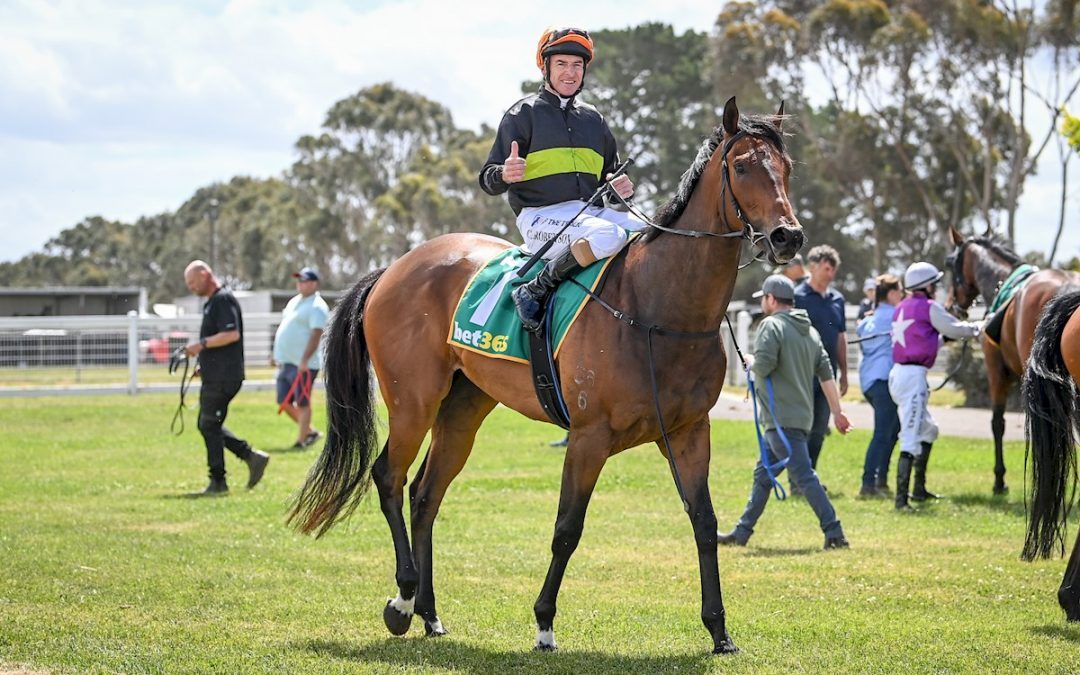 It was a carbon copy of his win at the track over 1400 metres in October when he also stormed home from the rear to score a soft victory.

He appreciated the extra 200 metres of the Ruth Margaret Anne Memorial BM58 (1600m) and jockey Craig Robertson expects he will get further.

Trainer Vincent Malady said “Robbo” had done a terrific job on the horse getting him to settle and finish his races off strongly.

“He’s been sitting back on him and giving the horse confidence which has really helped,” Vincent said.

After his first Hamilton success he finished fourth over 1500 metres and third over 1755m, both at Geelong, which softened punter enthusiasm on Tuesday with him starting at $13.

At one stage Fast Melody was nine lengths off and straightened the widest runner in second last place.

He still looked at outside chance half-way up the straight but found another gear at the 150 metres to quickly challenge and got home a half-length ahead of Boom Boom Sweet ($6.50) with The Enzo ($3.80) in third place.

A son of Sebring and stakes-winning mare Sweetest Melody, Fast Melody was bred at Mudgee’s Gooree Park Stud, and was an $80,000 Gold Coast Yearling.

He started his career in New South Wales and placed at five of his 10 starts and since transferring to the Malady stable has posted two wins, a third a fourth and a fifth from five runs.