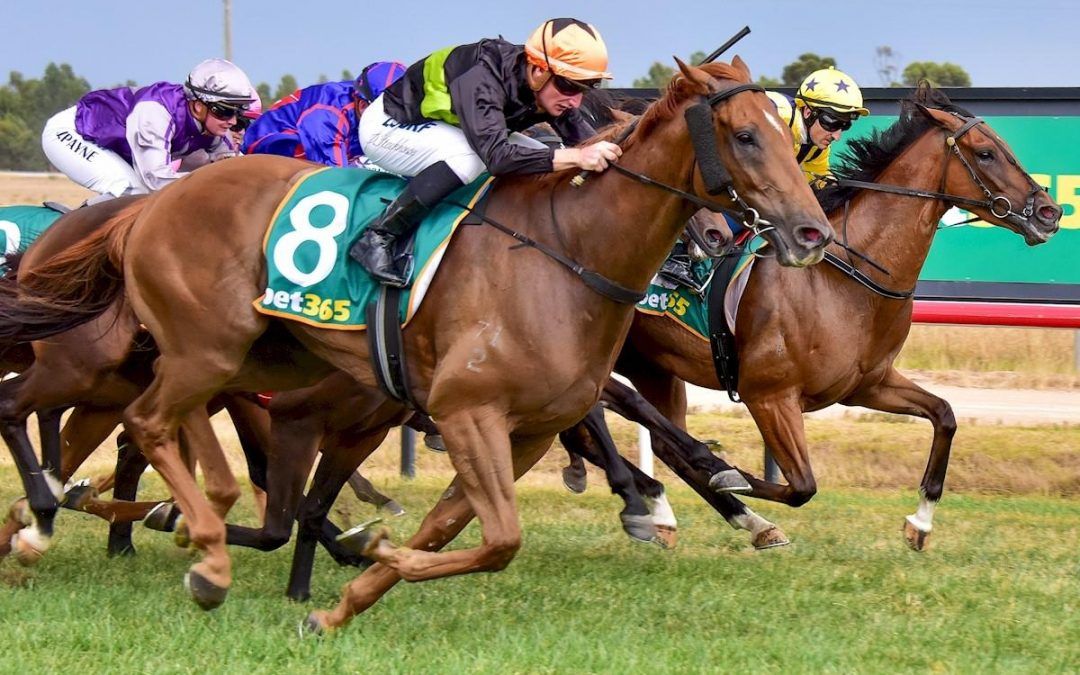 Talented galloper Walled City broke a 2-1/2 year drought when he stormed home from near last to score at Ararat today.

After spotting the leaders 10 lengths at the 1100 metres, the six-year-old made a wide run on the home turn and powered down the middle of the track to claim a last stride victory in the Ord’s Motorcycles BM58 Hcp (1600m).

“It is great to see him win again,” said Vincent Malady.

“A suspensory injury has held him back, but he is a good galloper when right and he showed that today.”

A beach training regime has been a big part of Walled City’s rehabilitation and Vincent is hopeful that the son of Duke of Marmalade can now train on to longer races.

“I’ve always thought he would be seen at his best at 1600m to 2000m but until now we have not had the chance to stretch him out,” Vincent said.

“He is racing well, I’m keen to see if he can step his way through the classes as he gets over further.”

Walled City’s two previous wins were on the synthetic track at Geelong over 1200m and 1300m, his most recent in August 2016.

His victory that day was almost a carbon copy of his Ararat success, settling at the back and unleashing and strong finish down the outside.

“He’s got good ability, but he is very one dimensional in that he needs to be outside horses,” Vincent said.

He was on the losing end of three-way photo finish at Hamilton two starts ago but Vincent said that last start he was unhappy racing inside horses, finishing within 1.5 lengths of the winner in sixth place at Warrnambool.

“He never stretched out at Warrnambool,” Vincent said.

Jockey Daniel Stackhouse said his mission to keep the outside in clear galloping room was made easy with the strong pace at Ararat.

“At the 600m he came back underneath me really well and I was pretty confident a long way out,” Daniel said.