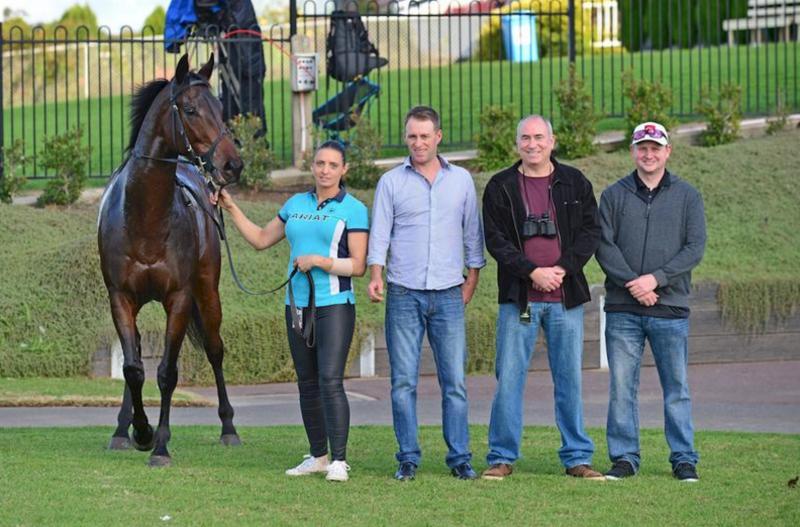 The future looks bright for lightly raced three-year-old Royal Enigma after he posted a dominant win at Geelong.

For jockey Daniel Stackhouse it was a sit and steer task as the son of Casino Prince led all the way in Friday’s Cottage By The Sea Charity Raceday Maiden Plate (1100m).

A striking looker, Royal Enigma was having only his seventh race start, and after jumping a half-length in front, held the best part of a length lead from the 800 metres to the turn before breaking two lengths clear into the straight.

He increased his margin up to the line, scoring by five lengths from Sound the Trumpet and Walk to the Gee.

Royal Enigma’s short $2.40 price reflected the promise he had shown earlier in his career with three second placings.

However, the key to his win on Friday was a gear change, with trainer Vincent Malady putting winkers back on the horse on the recommendation of his training assistant Samantha Jeffreys.

He had raced without winkers at his previous three runs for a two seconds and was resuming from a seven-week let-up after a tough wide run at Geelong on April 8.

“Samantha galloped him the other day and thought he improved a heap with the winkers so we put them back on for race day,” Vincent said.

“He has improved with maturity and race experience, and the winkers really switched him on this time.”

Daniel Stackhouse said Royal Enigma was very promising and a class above his rivals.

“He did it easily and was just too good for them,” Stackhouse said.

“I think he has more upside and will keep improving.”

Paul bought Royal Enigma for only $13,000 as a yearling and he is the second foal from Decryption who is one of five winners from the Perth stakes winner Palace Talk.

He has already won $25,100 in prizemoney and Vincent is confident more wins are ahead.

“There were only six runners in the Geelong race so we won’t get too carried away, but he still beat them really well,” Vincent said.

“He will win a few races, providing he keeps that form.”