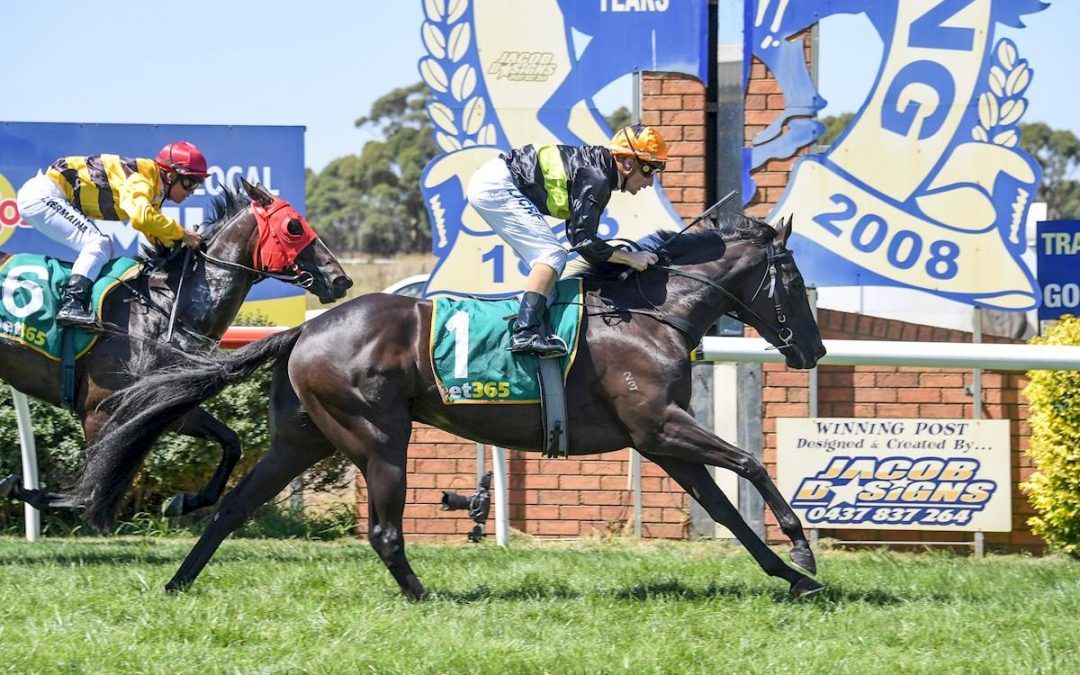 The four-year-old hugged the inside rail most of the way to land the Southwest Dairy Services Maiden Plate (1200m) after proving very frustrating for his connections with 10 placings in his previous 14 starts.

After walking the track pre-race, trainer Vincent Malady instructed jockey Stackhouse to take advantage of the superior ground near the rail and the plan worked out perfectly.

Clever George was a fraction slow to begin but angled across from his wide barrier to settle on the fence five lengths off the lead at the 800m.

He improved steadily near the home turn and railed through to second halfway up the straight before heading the leader Wonaeamirri near the 100m to score by a length.

The victory was a relief for trainer Vincent and the owners.

“He’s been very consistent but just hasn’t had luck go his way in a lot of his races,” Vincent said.

“He’s finished second five times and third five times, so it is great to see him get his head in front.”

“He certainly deserved the win and it is terrific for the owners to see him get the job done.”

“He found the right path in the run near the rail and got the luck which was great.”

Stackhouse said he got the perfect position hunting up inside the odds-on favourite Wishful Realizer settling down.

“I was pretty happy where I was and he was able to make up a lot of ground when they fanned out a bit into the straight,” he said.

Howard Simpson bred Clever George who is a son of Skilled and the only foal from ill-fated mare Georgia Miss who was a three-time winner.