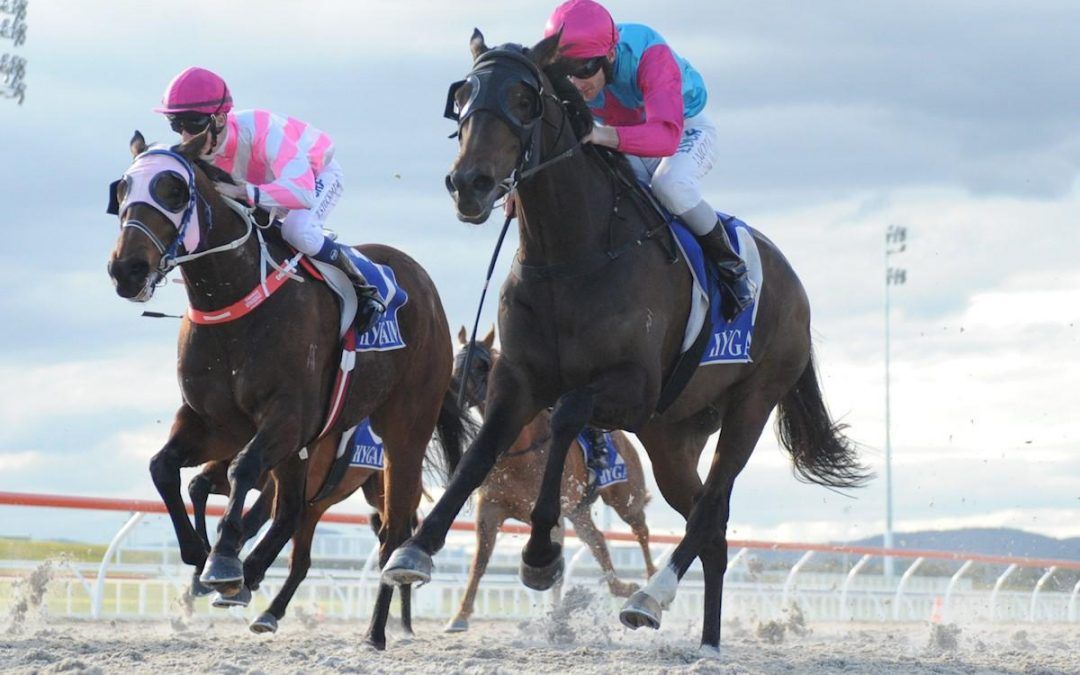 Racing in visors, the gelding powered up during the preliminary under Jamie Mott who wasn’t surprised with the way he gelding fought out a desperate finish to land the Stables Plus BM58 (1400m).

“As soon as he was on the track he felt really strong and I thought if he was going to run a race it was going to be today,” said Mott.

Buzz Punch joined the Malady stable last summer but a breathing problem was detected after he finished near last when resuming at Seymour in February.

A throat operation meant a lengthy spell but he again disappointed when first-up last month on the synthetic at Geelong finishing near last.

Understandably punters weren’t keen to embrace him at Pakenham at $15 but after trialling well in visors trainer Vincent Malady was optimistic.

“He trialled a lot better in the visors (which are like blinkers with a hole in them) and he brought that form to the races,” Vincent said.

Buzz Punch went to an early length lead but Frankinsense threw out a challenge and threatened to win half way up the straight.

Stride for stride their pair were locked in a two-horse war with Buzz Punch determined to keep his nose in front, and he held off a late second challenger, Turfonic, to score by a long neck.

“It was a pretty brave win,” said Vincent who was sent Buzz Punch for the beach work he could offer him at Geelong.

“The owners thought a change of scenery would help the horse and he really enjoys the beach,” Vincent said.

“The variety in his program seems to have rejuvenated him a bit and hopefully he can continue on from here.”

Jamie Mott said Buzz Punch raced keenly in the lead and believes that if he can settle better he will win more races.

“I think the owners should have a lot of fun with him.” Jamie said.