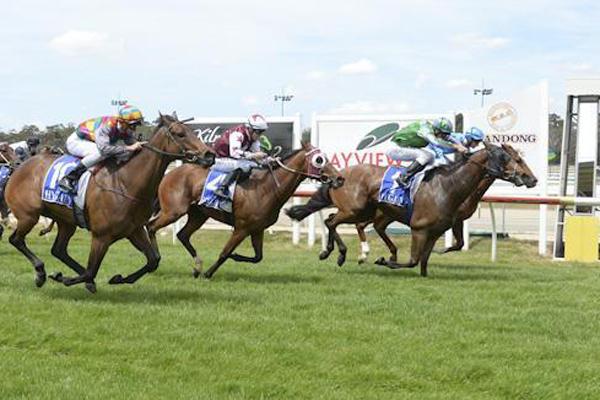 OWNER-breeder Ramon More celebrated the success of his second individual winner in a month when Bluegrass Dan posted his maiden victory at Kilmore on Sunday.

Nicknamed Diesel, the four-year-old upheld a family tradition as the third winner from as many runners from More's Danetime mare Bluegrass Danni who is half sister to former West Australian champion Marasco.

Bluegrass Dan's highly talented sister and stablemate Appalachian Annie impressively won her race debut for More at Yarra Glen on Cox Plate Day, and another sister Music At The Marsh was also a winner before tragically losing her life to an infection 18 months ago.

Vincent Malady trained Music At The Marsh as well has her siblings.

More's association with the "Bluegrass" family goes back to Bluegrass Dan's third dam Cold Fusion, a five-time winner, who he leased.

More said Bluegrass Dan was a slow maturing galloper who had suffered various issues on his journey to his first win at his eighth race start.

"He has taken time, but I always thought he would turn out all right," More said.

Wearing blinkers, Bluegrass Dan was unraced when he won a Geelong jump out in sensational fashion in January but it was not until last Sunday's Espresso Cafe Caroline Springs Maiden Plate (1112m) that he wore them in a race for the first time.

Ridden by in-form apprentice Josh Cartwright and backed from $9 to $6.50 in the six-horse field, Bluegrass Dan settled behind the leader My Peter and made up three lengths in the final 100 metres to snatch a last stride short half head victory.

Trainer Vincent Malady said More was a good supporter of the stable and had been patient with Bluegrass Dan.

"He loves his horses and it's been good to train three winners from his mare," Vincent said.

"They have all been different types but they can all gallop."

More recently fielded a big offer for Appalachian Annie but the deal fell through and she has now gone to the paddock for a break before the autumn.

Meanwhile, More is hoping that Bluegrass Dan can take confidence out of his maiden win and improve into the higher grades.

"It has taken a while for the penny to drop with him, but we're hopeful he can go on from here," More said.