Ark sails to another win 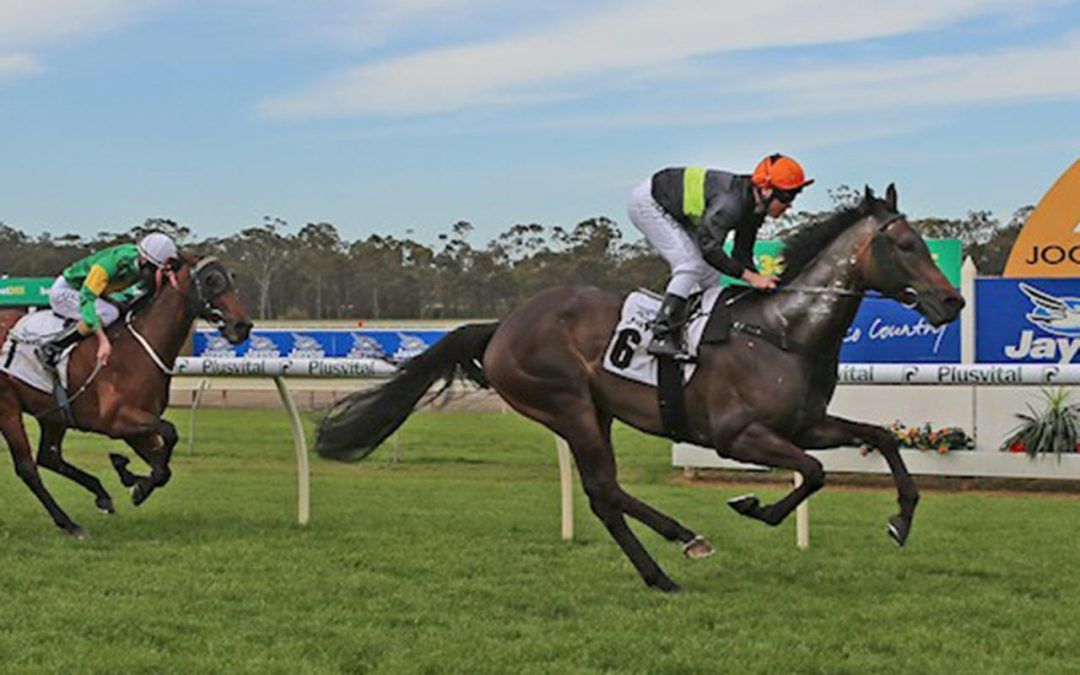 Highly promising four-year-old King of the Ark made it two wins from three starts when he recaptured his impressive debut form with an all the way win at Bendigo on Saturday.

Ridden by Ryan Maloney, King of the Ark jumped straight to the front and controlled the Schweppes Australia BM64 Hcp (1100m) from start to finish.

After crossing to the rail with relative ease, he was given a mid-race breather and straightened up with a length lead which he extended over the last 100 metres to score by a handy 2-1/4 lengths from I Am The General and Gervais.

Soon after the winning post King of the Ark dislodged Maloney but both horse and rider escaped unharmed.

Surprisingly the O’lonhro gelding started at $13 which was very generous given that he had stung punters winning his race debut by more than three lengths at $14 on the Geelong synthetic just over six weeks ago.

Last start he was a weakening fourth on the synthetic and trainer Vincent Malady attributed the bounce back to the winner’s circle to the softer Bendigo track.

“With the give in the track at Bendigo his action looked a lot better than his first two starts and we will now try and find similar tracks for him,” Vincent said.

With an awkward galloping action, King of the Ark has had soundness issues which delayed his racing career and are constantly being managed.

“He’s not an easy horse to train but he has shown he is tough with what he’s done and the issues he’s had,” Vincent said.

“He’s been up a long time and it is hard to win two of your first three starts in your first racing preparation.”

Vincent is still getting a feel for what might be King of the Ark’s best distance and is proposing longer assignments for him.

“He certainly looks promising and I am keen to run him over 1200 metres next start if he pulls up okay in the next few days,” Vincent said.

“I know he is sprinting well but he might even stretch out a bit further,” said Vincent who was heartened with the way King of the Ark drew clear at Bendigo.

“He is an on pace horse with a high cruising speed and he could get to 1400 metres.”