“Annie” back to winning form 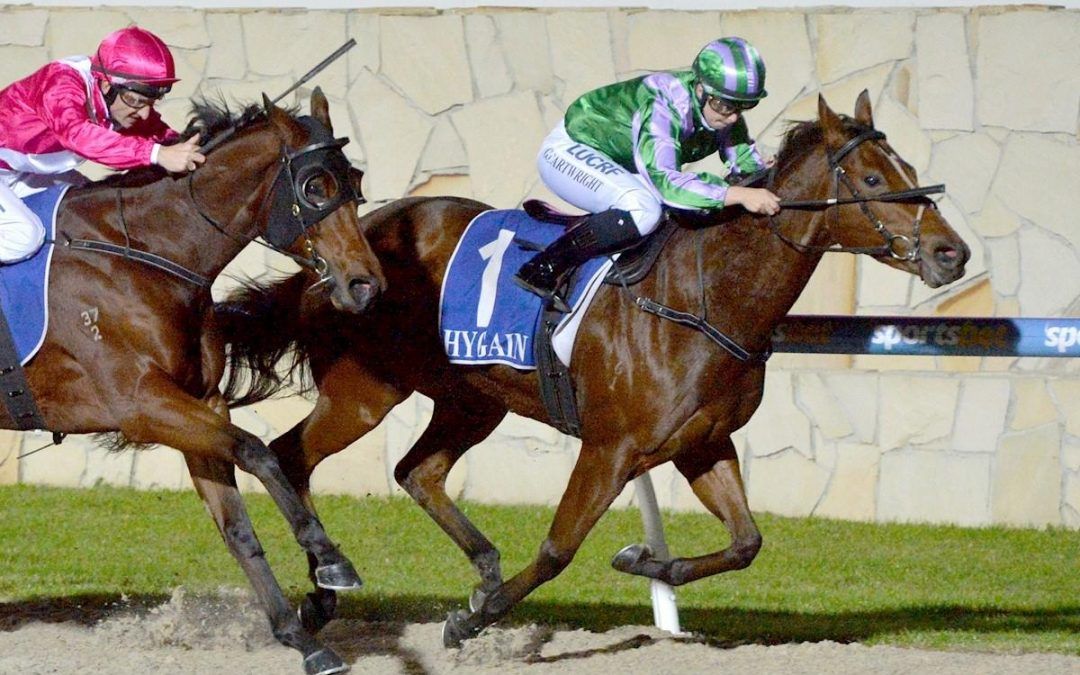 Speedy mare Appalachian Annie posted her first win in 18 months when she led from start to finish at Pakenham on Thursday night.

The five-year-old has had her issues since she scored consecutive wins at Moonee Valley at the end of 2015 but was back in top flight on the synthetic with apprentice Georgie Cartwright on board.

Jumping brilliantly from the outside gate, she cleared the field by nearly three lengths in the early stages and always travelled like a winner in the Kentucky Equine Research BM70 Hcp (1000m).

She beat off One Better at the 300 metres and then after kicking two lengths clear held off a late challenge from Believing to get home by a long a neck.

Appalachian Annie, owned by her breeder Ramon More, has won five of her 18 starts and with another six placings has earned more than $180,000.

Her career was interrupted with an infected hock last year but she has run well all seven starts this campaign with her biggest losing margin 1.7 lengths, and finishing within a half-length of the winner at her two lead-up runs to Pakenham.

Georgie was having her first race on Appalachian Annie and she expected the talented mare would have too much class.

“It was her first time racing on the synthetic but she had trialled well on it so I was feeling confident,” Georgie said.

“She has always been really fast out of the gates and she had a nice lead, travelled well and was really strong to the line.”