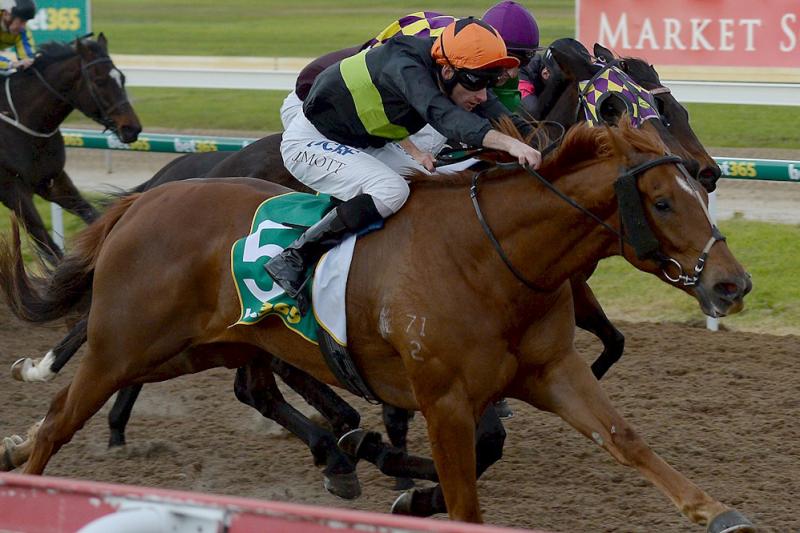 Malady Racing had a thrilling start to the new racing season with exciting galloper Walled City charging home from last for an amazing win and stablemates Royal Enigma and Incorruptible going down in tight photo finishes at Geelong on Tuesday.

“They were our first three runners for the new season so it was great to see them all run so well,” said trainer Vincent Malady.

Walled City produced a stunning performance coming from as much as 12 lengths off the lead early, and still spotting the leaders seven lengths at the 150 metres, before unwinding a sensational finishing burst to snatch victory in the last few strides in the Ritchie Bros. Auctioneers BM58 Hcp (1300m).

Another backmarker Rouen looked set to win but had no answer for Walled City who stuck his head out on the line to score, with Pepperjack about a length away third.

Walled City started at $6 after a pretty luckless run at Pakenham last start where raced wide and was checked in the home straight.

He has now won two of his eight starts, his other win being over 1200 metres at Geelong on May 10.

Trainer Vincent Malady has high hopes the for gelding who he believes he is yet to be seen at his best in longer races.

“He was a winner over 1200 metres on the synthetic so he was a winning chance today over 1300 metres but the horse has so much more potential.

“Even though he was a long way back, he was in a nice rhythm and he was really strong to the line,” Mott said.

Formerly trained by the late Bart Cummings, Walled City has the breeding to train on with his pedigree saturated with American Group 1 winners.

“I know it was only 0-58 over 1300 metres today but if he shows that turn of foot over 1600 metres and further I think he going give his owners plenty to cheer about,” Vincent said.

Mercurial Geelong footballer Steven Motlop is among the group of owners.

“They are a good mix of owners who are all very easy to deal with so it’s good to get them another win,” Vincent said.

It seems only a matter of time before Royal Enigma and Incorruptible join Walled City in the winners’ circle.

Both horses were first-up for two months. Royal Enigma ($8.50) made the pace before going down a head to Finno in the IGA Liquor Father’s Day Races 4th September BM58 Handicap (1100m) and Incorruptible ($21) failed by a short half head to catch Lomi in the Roderick Insurance Brokers BM58 Handicap (1300m).