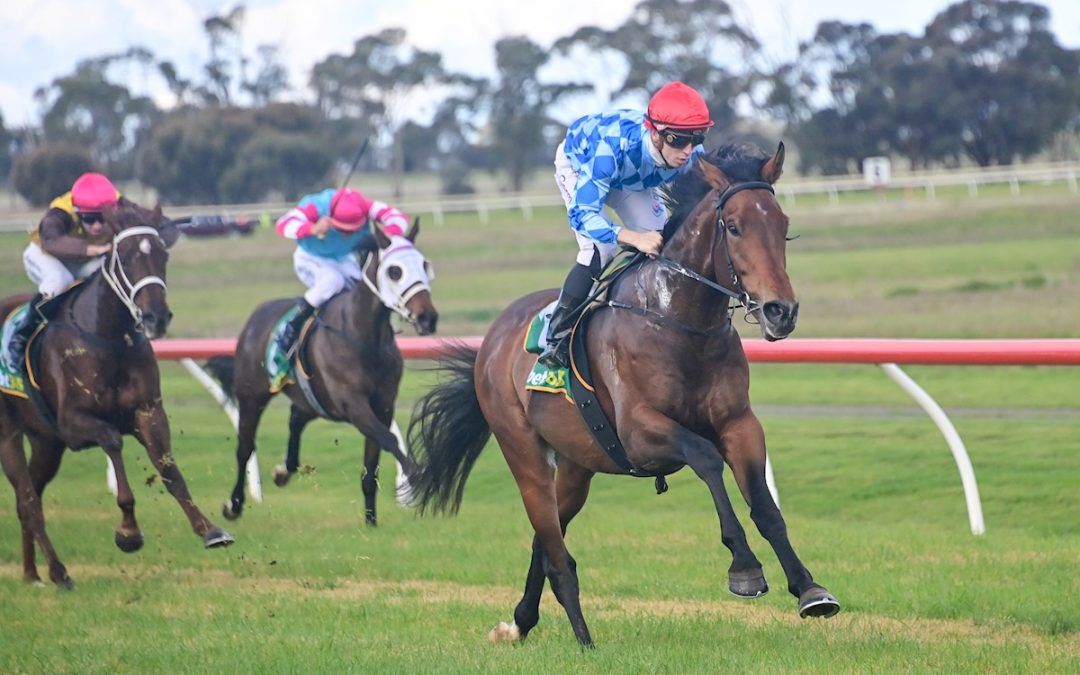 Lightly raced three-year-old Always Hapi has quickly made an impression after moving to Victoria where he posted an emphatic maiden win at Donald on Saturday.

The American Pharoah colt, who started his racing career in New South Wales, has relished racing in the opposite direction and flagged better wins were in store for him when he was eased down to score a four-length victory in the Busbiz Maiden Plate (1350m).

Having his eighth career start and his second for trainer Vincent Malady, Always Hapi settled just off the pace before quickly making ground on the turn and bursting to the lead entering the home straight.

Jockey Lewis German twice had a glance over his shoulder in the last 100 metres but with a widening gap on his rivals the race was well and truly won.

Vincent said that he was excited to get the opportunity with Always Hapi who had settled in well to his Geelong stables.

“He came to us in good order and always showed us a bit on the track,” Vincent said.

“He’s nice type who made good improvement from his first-up run for us earlier this month at Bendigo where he ran on from well back to get third.

“He settled much handier at Donald and could not have been much more impressive.

“He had the race won on the turn and you would think on that effort he has a nice future.”

His dam Carribean Sunset was a Group 3 winner in Ireland and he is a half-brother to Listed Lord Stakes winner and Group 3 Easter Cup runner-up Holbien, and Lovani who was second in the Group 2 in the Let’s Elope Stakes.

Kitanlad is not far of a win having placed at two of her five starts, most recently finishing second at Warracknabeal.