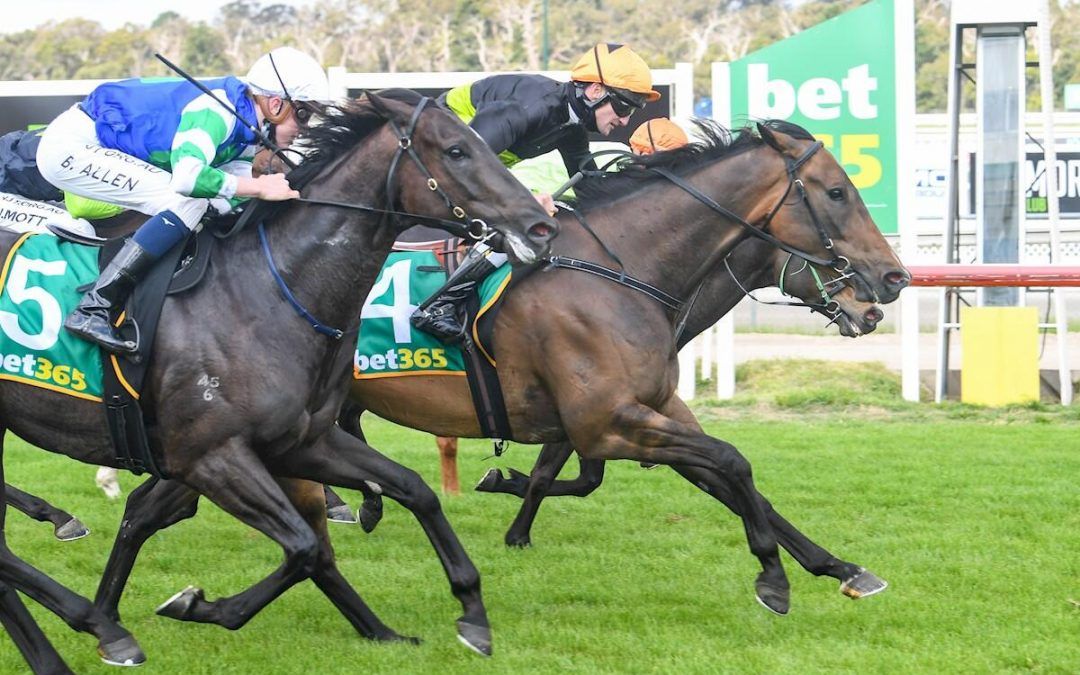 Trainer Vincent Malady is hopeful that Whowoodathort can improve through the grades after scoring a last stride win at Kilmore on Friday.

Ridden by Brad Rawiller, the five-year-old settled off midfield two-back on the rails before angling out to the middle of the track to unleash his winning home straight run in the Bet365 Odds Drift Protector BM58 Hcp (1200m).

For a few strides approaching the 100m Whowoodathort ($14) had trouble getting clear but soon afterwards shot through a gap and lunged to beat The Great Bratski ($5.50) in a photo finish with Shifty Shamus ($8) a neck away third.

Whowoodathort drew the inside barrier which was a nice change after wide gates had worked against him at his last two starts.

“We thought he could at least place last start at Donald but he had a tough run when he got trapped wide through no fault of the jockey (Jarrod Fry),” Vincent said.

He said carrying 61kg at Kilmore was his biggest concern today but Brad Rawiller could not have ridden him any better.

“He‘s a horse where you just have to ride him where he is happy,” Vincent said.

“He tends to get back and Brad just let him balance up and finish off.

“He’s got a good strong finish and hopefully he can get through a couple more classes pretty quickly.”

Whowoodathort, who has won twice and placed three times in eight starts, has a large band of owners including a group of regulars from The Sphinx Hotel and members of the Thoroughbred Club of Geelong who recently got involved with the Reward for Effort gelding.

Vincent said he had given everyone a good ride after a serious injury nearly claimed his life.

“He sustained a very bad hoof injury and it was touch and go whether he would make it, let alone ever race.

“He spent two weeks getting intensive care at the Werribee Veterinary Hospital, so every win is special with him.”