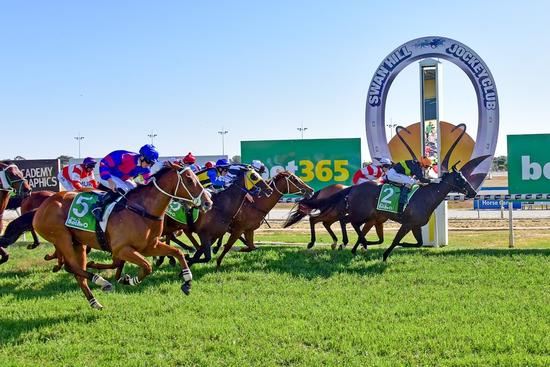 The four-year-old flashed across the line ahead of a wall of horses, with the first nine home separated by 1.7 lengths and less than a length between first to fifth in the Bottle O Swan Hill Hcp (1300m).

Jockey Harry Coffey gave Star Finder ($4.40 fav.) the run of the race behind the pacemaker South Detroit before disputing the lead most of the home straight and edging ahead in the final 100 metres to score by a long neck.

At his previous start Star Finder scored an easy three-length win on a heavy track at Geelong but at Swan Hill carried an extra two kilos on a good track and had no trouble stepping up from 1218m to 1300m.

“He was fitter for his second try over 1300m after finishing fifth over the trip three starts ago when racing in blinkers for the first time, which have really got him focused,” Vincent said.

Vincent paid tribute to track rider Danielle Loos who has been a big part of Star Finder’s progression.

“Danielle has done a great job with the horse and hopefully he can keep improving,” Vincent said.