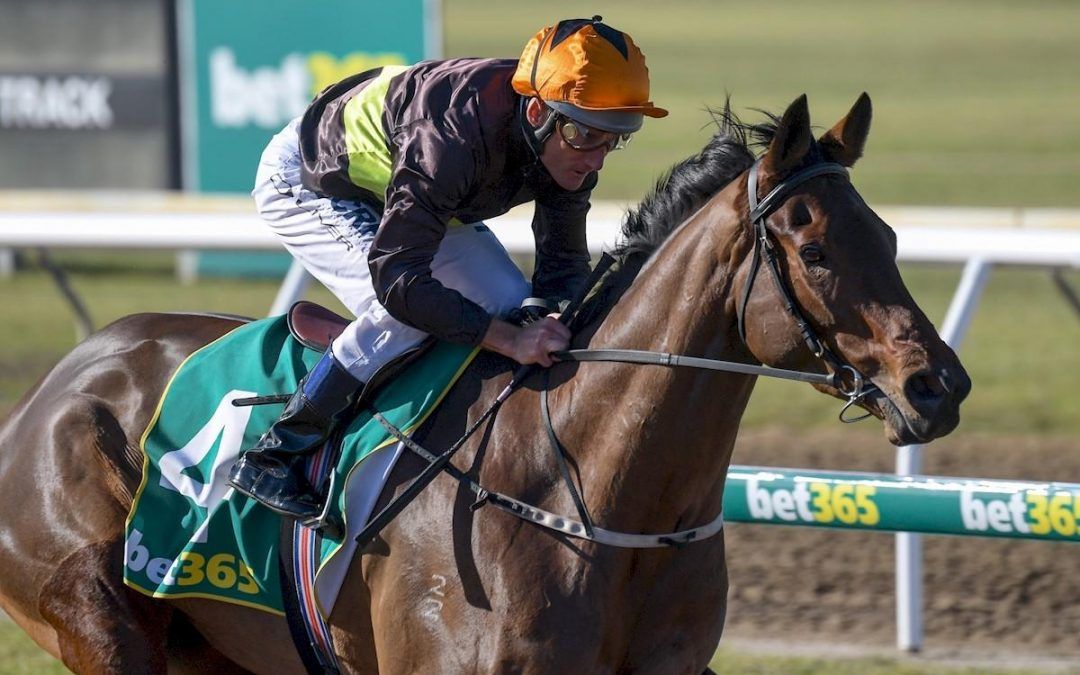 CHAMPION jockey Damien Oliver gave a glowing report after the impressive victory of promising gelding The Mood I’m In at Geelong today.

Having just his second race start, the son of O’lonhro showed good improvement from his unplaced Pakenham debut to land the Prestige Jayco Maiden (1200m) on the synthetic, with seemingly plenty in hand at the finish.

“He is a big strong horse and still pretty raw but it was nice effort today,” Oliver said.

The Mood I’m In had the perfect run in third place just off a strong speed and after straightening up two lengths behind he ran to the lead approaching the 100m.

Such was the dominance of the win, that Oliver eased up on the gelding near 50 metres and let him coast home 2-1/4 lengths ahead of Gonzales with Lyonesse 3-3/4 lengths away third.

“It was the first time I have sat on his back but he showed me some good signs,” Oliver said.

“Being a four-year-old he is a bit of a late bloomer but you have to like the way he is progressing,” Vincent said.

“It was only his second start and for him to win like he did suggests he has more to offer.”

Only three weeks ago, In The Mood I’m In made his race debut but was caught wide without cover most of the way and ran an even race to finish sixth, just over five lengths from the winner Vanitoso.

The Mood I’m In is the first foal from winning Cape Cross mare Cape Moss who also has a yearling Street Boss filly and a weanling Fighting Sun colt.